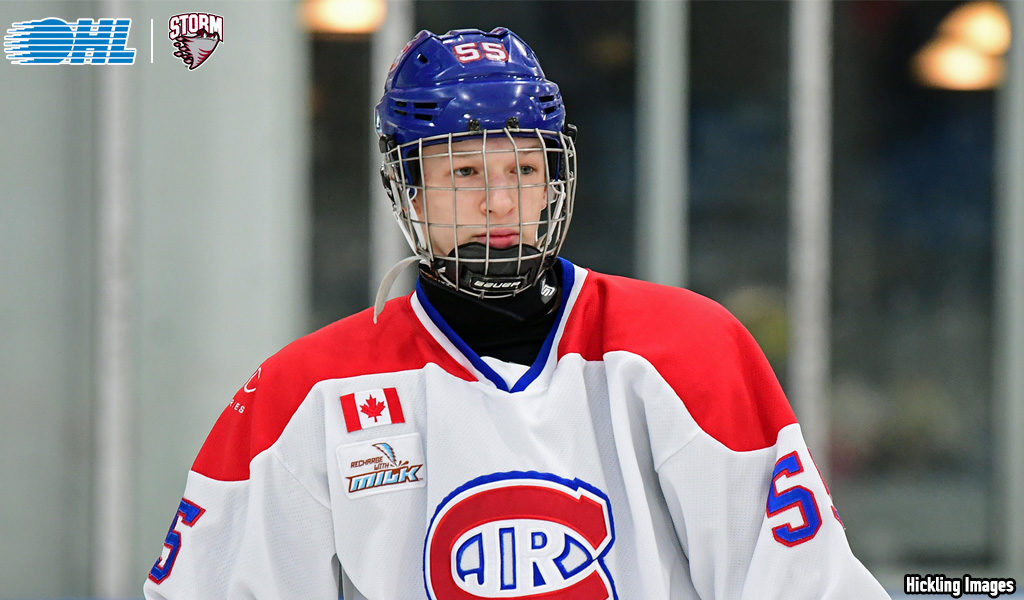 Chayka, a 6-foot-2, 185lb defenseman originally from Moscow, Russia, was the Storm’s first round pick (seventh overall) in the 2018 OHL Priority Selection.

“We are very excited to have Daniil join our program,” said Burnett.  “He brings a great combination of size, skating and skill to our team, and his abilities in shooting and moving the puck effectively are amongst the best in his age group.”

“We look forward to working with Daniil and helping him to reach his full potential.”

After his family relocated to Canada in 2017, Chayka spent the 2017-18 season with the Toronto Jr. Canadiens Minor Midget AAA program, posting 33 points (15 goals, 18 assists) in 45 games.  At the season-ending OHL Cup tournament, Chayka tallied six points in seven games (four goals, two assists), including the overtime winner in the semi-final vs. the top-seeded Toronto Marlboros. Chayka and the Jr. Canadiens went on to defeat the Vaughan Kings in the final to capture their first OHL Cup title since 2008.

“I’m very excited to join the Guelph Storm and would like to thank them for giving me a great opportunity to play in the OHL,” said Chayka.  “I can’t wait until the season starts, and I’m thankful to everyone who has supported me, including my family and my friends.”

Following the OHL Priority Selection, Chayka suited up for his native Russia in the 4-Nations Cup in Umea, Sweden.  The tournament was a showcase of 2002-born players, with Russia emerging victorious over Sweden, Finland and the Czech Republic.

Chayka is scheduled to attend 2018 Training Camp in late August as the Storm prepare for the 2018-19 OHL season.