Anthony DeAngelo Commits To The Sting 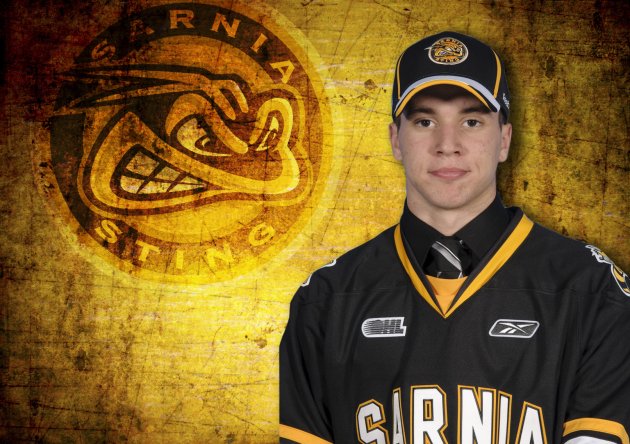 “We are extremely excited to get Anthony signed.  Anthony was one of the top players available in the draft who was rated in the first round of this year’s draft.  It is a credit to our ownership and the strength of our organization that we could convince Anthony and his family that the Sting and the OHL would be the best decision to continue his development both on and off the ice” commented Jacques Beaulieu.

“DeAngelo is a highly skilled puck moving defenseman who possesses a ton of physical tools and ability.  He is an excellent skater displaying great mobility, speed and quickness.  He played a real high risk, high reward style of game that was almost purely focused on creating offensive chances and opportunities but really reigned in his game this season, playing a more controlled and simpler game.  DeAngelo has a very good stick, and he does show confidence in his ability to handle the puck and make plays.”

Beaulieu adds, “We are extremely pleased to have a commitment from Anthony and his family to the Sarnia Sting and the Ontario Hockey League.  Anthony is a very talented mobile defenceman who will be a very good player in this league.   Last season he played on the top team in the USHL as a 15-year old which is a testament to his ability.  He has the potential to become a professional hockey player however he now also has the option and the security of a OHL Scholarship if he chooses to further his education.”

DeAngelo played last season for Cedar Rapids of the USHL and was the youngest player in the league.  He would record 15 points in 28 games with Cedar Rapids in helping the Roughriders to a 2010-2011 USHL Championship. 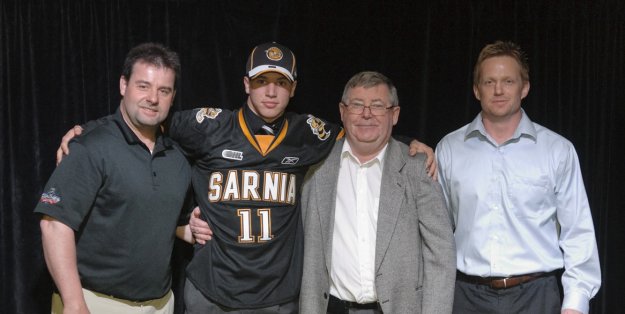