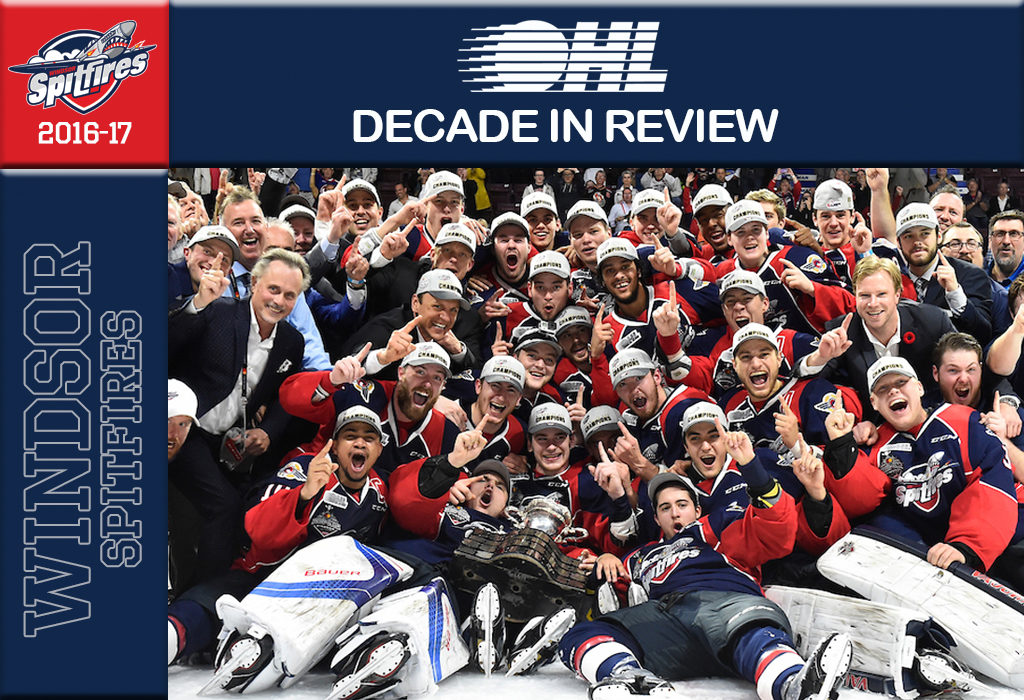 It came down to one game between two highly talented OHL teams, and the host came away the victor.

The Windsor Spitfires were crowned 2017 Memorial Cup champions, defeating the OHL champion Erie Otters 4-3 before a capacity crowd of 6,519 at Windsor’s WFCU Centre.

After a first round OHL playoff exit at the hands of the London Knights, Spitfires second-year head coach Rocky Thompson put his team through a rigorous 44-day training regimen to prepare them for the challenge ahead.

The Spits came out strong, going undefeated with a pair of wins over Erie along with others against Saint John and Seattle. They became the 10th host team to hoist the Memorial Cup since 1983, tying an event record by winning their 12th consecutive game. 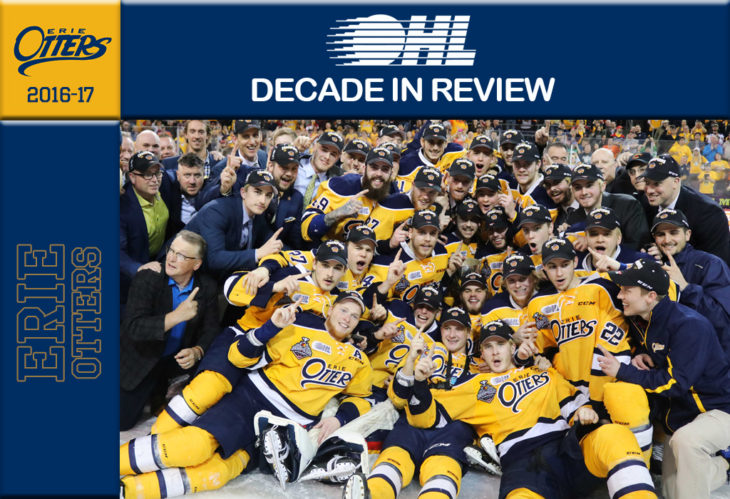 As for the finalist Otters, it was a disappointing end to an otherwise unforgettable season. Erie set a new CHL record with their fourth consecutive 50-win season, winning the Hamilton Spectator Trophy with 103 points.

Erie’s playoff run included a hard-fought seven-game second round triumph over the defending Memorial Cup champion London Knights that ended on Warren Foegele‘s overtime winner. The Otters then eliminated the Owen Sound Attack in six games to capture the Wayne Gretzky Trophy as Western Conference champions before capturing their first Robertson Cup since 2002 on Anthony Cirelli‘s Game 5 overtime winner against the Mississauga Steelheads.

Red Tilson Trophy recipient Alex DeBrincat led the Otters in playoff scoring with 38 points (13-25–38) but it was Foegele who would earn Wayne Gretzky ’99’ Award honours as OHL Playoff MVP, recording 26 points (13-13–26) over 22 contests including a five-point (3-2–5) effort in Game 4 of the OHL Championship Series.

OHL Rookie of the Year Ryan Merkley of the Guelph Storm recorded 55 points (12-43–55) to become the first blueliner to lead OHL rookies in scoring since London’s Rick Corriveau in 1987-88.