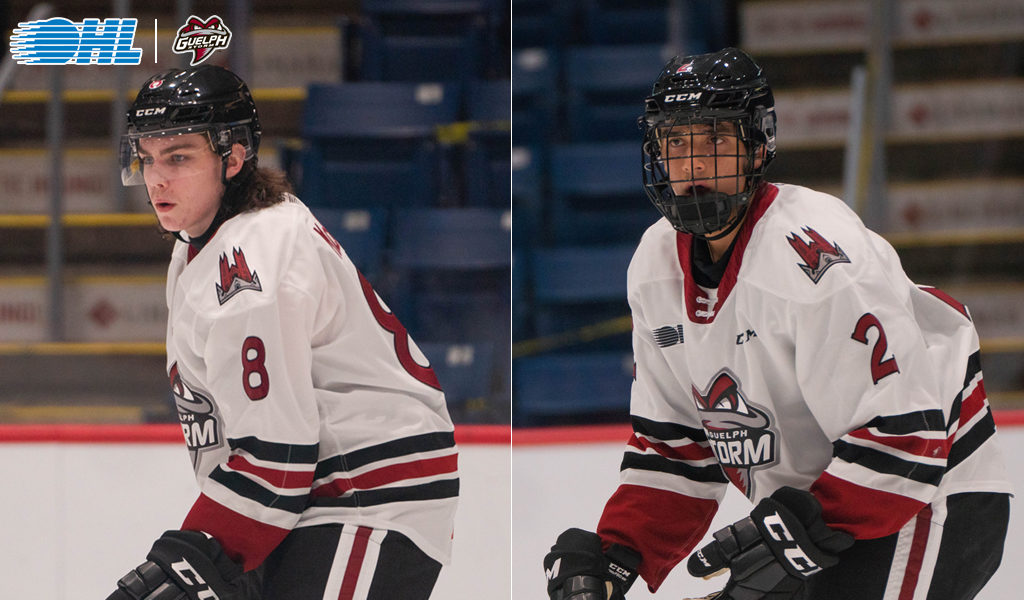 Guelph, ON – Storm General Manager & Head Coach George Burnett announced today that the team has received commitments from defencemen Jakob MacRae and Zackary Sandhu. Both are 2005-born defencemen who were drafted in the 2021 OHL Priority Selection.

“Jakob, a member of the Guelph Minor Midgets last season, combines good size, physicality, strong skating and the ability to move the puck effectively. Zackary, one of the youngest players from the most recent OHL Priority Selection, comes from the Toronto Marlies program and made a very strong statement at training camp. His game combines excellent size and skating with the ability to move the puck and play with a physical edge at every opportunity,” said GM and Head Coach George Burnett.

“Zackary will play with our affiliate team in Ayr and will have the opportunity to play and practice with the Storm throughout the season. Both young defencemen will join an already young core of new Storm defencemen that includes Cam Allen (‘05), Michael Buchinger (‘04) and Leo Hafenrichter (‘04).”

“From a young age, I dreamt of playing in the OHL,” said MacRae. “I’m honoured to commit to the Storm and I look forward to making lasting friendships, developing as a player, and contributing on and off the ice to the team and the city of Guelph.”

“I had extremely surreal feelings throughout camp,” said Sandhu. “I’m really excited to be joining the Storm family.”