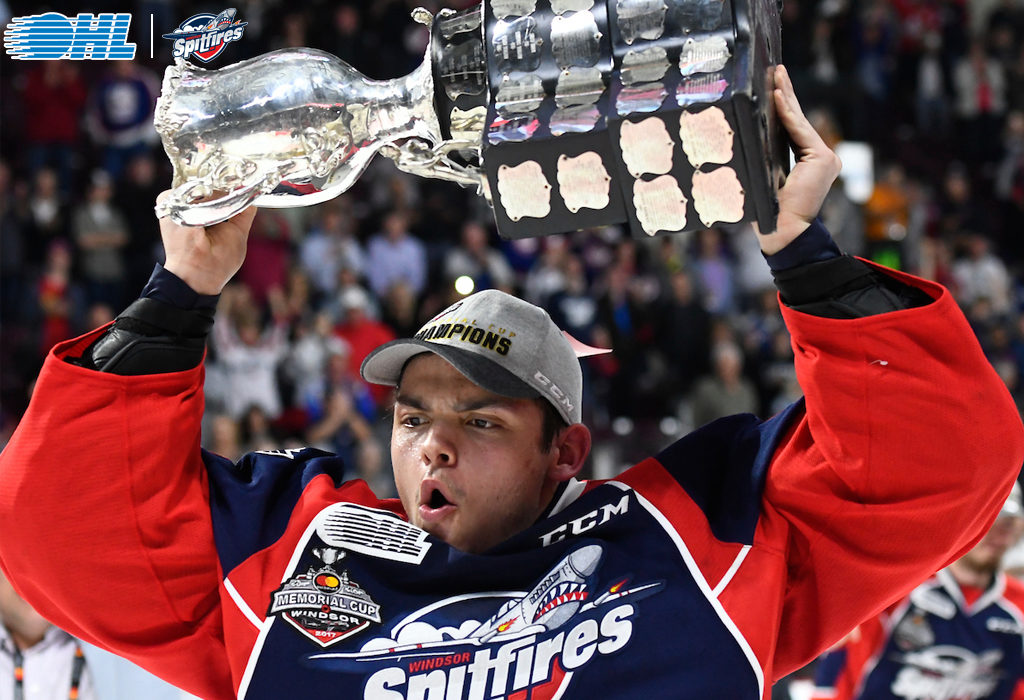 A chapter of Windsor Spitfires hockey has come to a close.

In addition to backstopping the club to its third-ever Memorial Cup title in 2017, Amherstburg, Ont. native Michael DiPietro departs as a franchise record-holder in career wins (86), shutouts (16), goals-against average (2.52), save percentage (.914) and games played (157).

TRADE NEWS: @miketendy has been traded to the Ottawa 67s.

He joins the Eastern Conference-leading Ottawa 67’s who currently hold an OHL-best 22-3-3-1 record.

“I’m a Spitfire and I always will be no matter where I go,” DiPietro told reporters during a Tuesday afternoon press conference. “Growing up and watching the Spitfires and having the honour to play for them and win the Memorial Cup. I look back and there are so many memories.

“I was very blessed to have the opportunity to impact as many people as I did,” he added, citing his numerous off-ice connections with fans and kids in the community.

It hurts so bad because the time I had was so good. @SpitsHockey @Ottawa67sHockey pic.twitter.com/uQwN4NyqOH

After being a second round pick of the Spits from the Sun County Panthers Minor Midgets in 2015, DiPietro earned the FW Dinty Moore Trophy for the league’s lowest rookie goals-against average (2.45) while also being named as a member of the OHL’s First All-Rookie Team.

He’s represented the OHL twice in the CIBC Canada Russia Series and suited up as a member of Team Orr at the 2017 Sherwin-Williams CHL/NHL Top Prospects Game in Quebec City.

DiPietro joins the 67’s, who will be in action on Friday in Gatineau as they take on the QMJHL’s Olympiques in a special interleague battle.