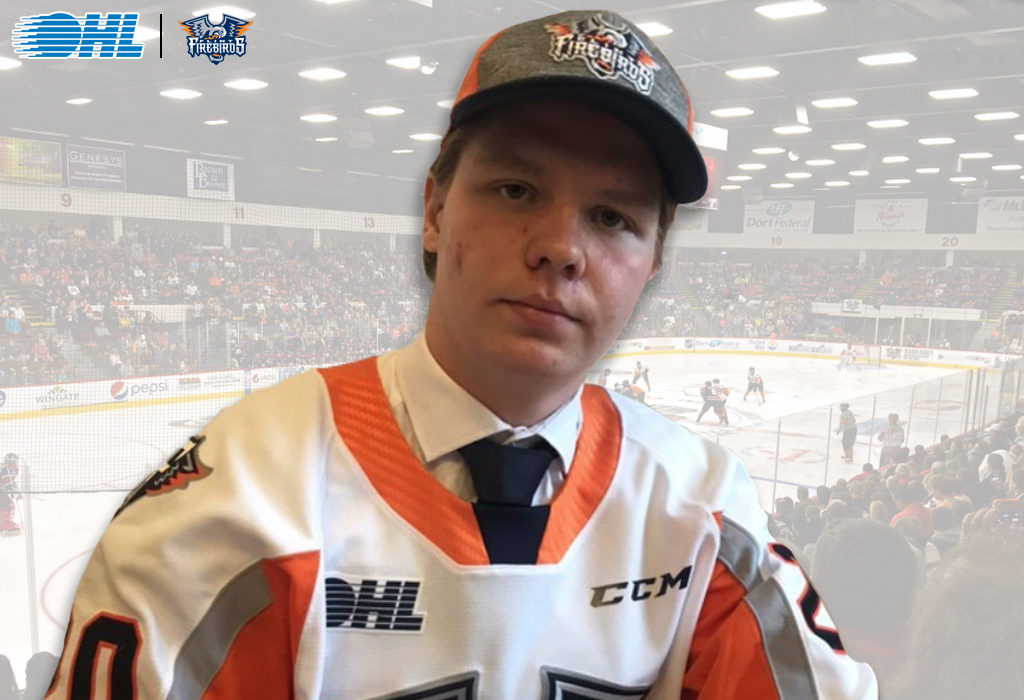 “We are happy to announce Dmitry has committed to the Firebirds organization,” said Flint Firebirds Vice President of Hockey Operations and General Manager Barclay Branch. “Dmitry is highly regarded in Belarus as one of the nation’s top young defenseman and will be a good fit for our program moving forward.”

Kuzmin, a native of Kholstovo, Belarus, recorded an impressive 25 points (6G, 19A) in 33 games, including a plus-34 rating, as an underager with the Belarus Under-18 National Team this past season. The 5-foot-8, 176-pound left-shot defenseman also tallied seven points and a plus-7 rating in 24 games playing against two age-groups ahead of him with the Belarus Under-20 National Team.

Currently, Kuzmin is competing in the Belarusian Extraleague (BHL) with Dinamo-Molodechno, an affiliate of the KHL’s HC Dynamo Minsk. While skating in Belarus’ top men’s professional league at the age of just 17, Kuzmin has recorded an impressive plus-5 rating and one assist in seven games.

“I am very proud to now be part of the Firebirds organization,” said Kuzmin. “Since I have been drafted, they have gone above and beyond to make my family and I welcomed. They have been first class and have done a good job developing Belarusians. I look forward to arriving in Flint soon to begin the season.”

Kuzmin is the third Belarusian to be signed by the Firebirds in the past two seasons, joining Vladislav Kolyachonok (Florida Panthers) and Evgeniy Oksentyuk.

Kuzmin is a prospect eligible for the 2021 NHL Draft and will wear number 79 for the Firebirds this upcoming season.