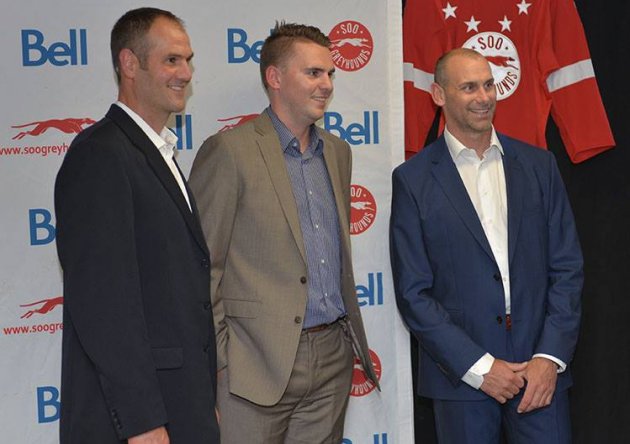 Soo Greyhounds General Manager Kyle Raftis announced this afternoon, as part of their Media Availability, that DONALD MACLEAN has been named the new Assistant Coach with the Program.

“We are pleased to be able to add a quality coach and person such as Donald to our organization.” began Raftis

“Donald comes with a vast background in his playing career as well as his young coaching career, and he will add a whole other dimension to our coaching staff. Along with Drew, Joe and now Donald we are very excited with our coaching staff and eager to get started planning for the quickly approaching season” he continued.

MacLean, a native of Sydney, Nova Scotia, comes to the Greyhounds after holding the position as Head Coach with Dab Docler Steelbuls of the MOL League along with holding the same position with the Croatian National Team (IIHF) for the past three seasons.

The 38-year old was originally selected 33rd Overall in the 1995 NHL Entry Draft by the Los Angeles Kings and would later spend 41 games in the NHL (LA, Toronto, Columbus, Detroit, Phoenix), 513 Games in the AHL/IHL and 220 games of European experience.

“I’m grateful for the opportunity to join such a respected organization and look forward to helping the club on and off the ice” commented MacLean.