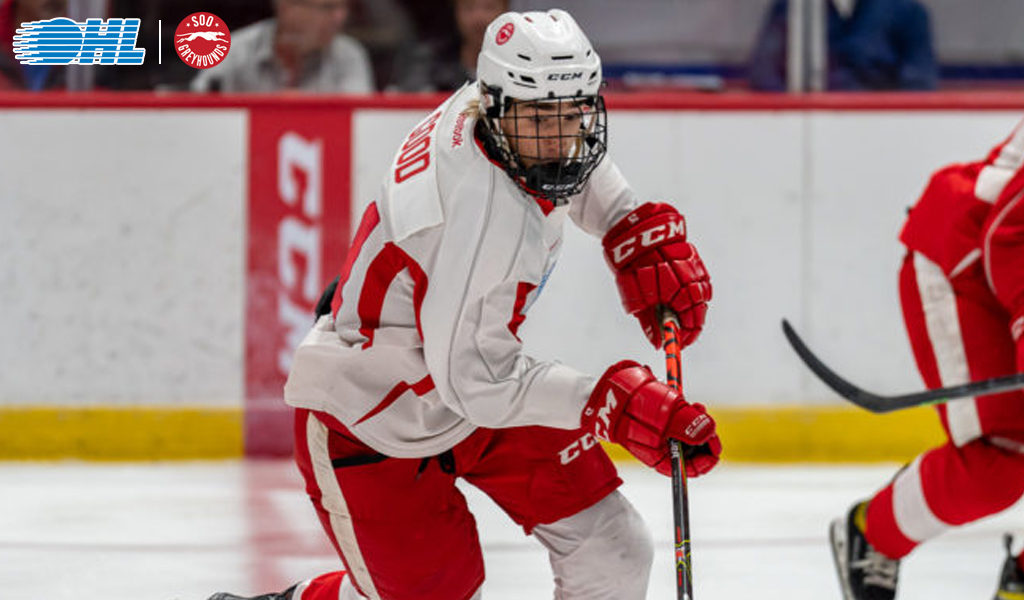 Conestogo, ON product Dustin Good who was selected in the first round of the 2022 U18 OHL Priority Selection signed a standard player agreement and education program with the Hounds.

“Dustin has great instincts on the ice and the natural talent that goes with it. As he builds strength and confidence to his game, he’s going to be an impactful forward in our group,” explained Raftis.

The 6.03, 164lb right winger appeared in 33 games last season (2021-22) with the Waterloo Wolves U18 AAA club where he recorded 21 goals and 15 assists (36 points) before later appearing in 2 post-season games. Good also appeared in seven games for the Kitchener-Waterloo Siskins (GOJHL).

“I’d like to thank my friends and family for getting me to this point. I’m looking forward for what’s to come,” said Good.