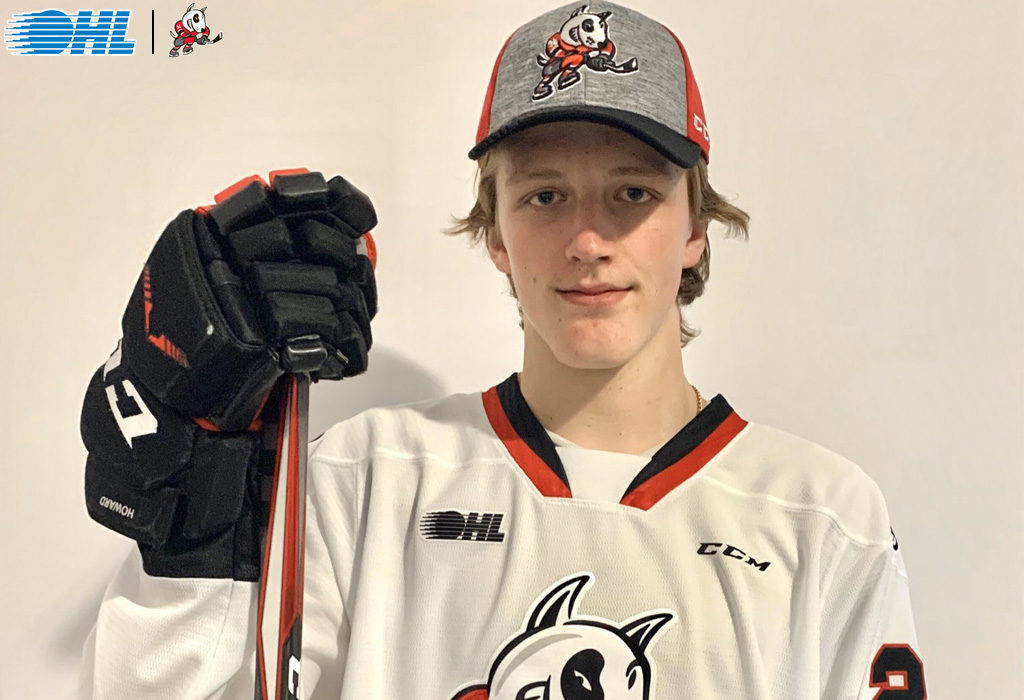 In 33 games played with the London Jr. Knights, the London born 15-year old scored 14 goals, collected 18 assists (32 points). For an athlete of his size, Roobroeck’s skating exceeds expectations. He’s known most for his stickhandling, ability to finish on plays, and work ethic.

General Manager Burke announced the signing today, saying “This is a great day for us! Dylan played at an extremely high level all season. We were surprised and thrilled to see him available in the third round.

“This is a guy who had a big growth spurt prior to the season and has really grown into himself well. Dylan combines size, awareness, a smooth style with high end puck skills and finish. He plays a game that is very conducive to our league.

“I really believe the sky is the limit for his potential. I am very excited to make it official, and I can’t wait to get started!”