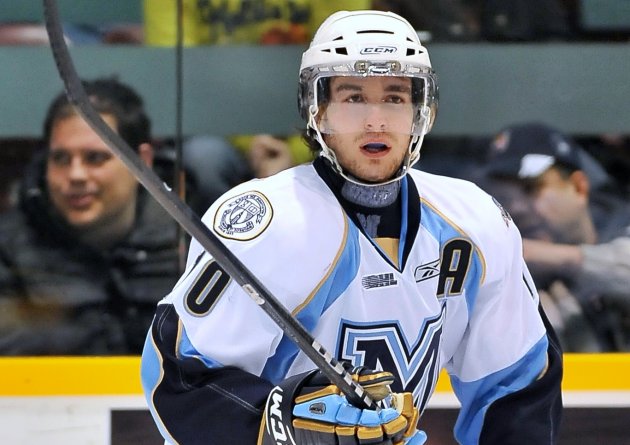 Toronto, ON – The Ontario Hockey League today announced the results of the Eastern Conference Coaches Poll for the 2010-11 OHL regular season.

The OHL Coaches Poll provides member club coaches with the opportunity to recognize the top three players in 16 different skill categories within their own conference.

Brett Flemming of the Mississauga St. Michael’s Majors leads the way for the Eastern Conference with representation in five different categories.  The fifth round pick of the Washington Capitals in the 2009 NHL Entry Draft was voted the Hardest Worker and Best Defensive Defenceman, while finishing second in votes for Most Underrated Player, Best Body Checker, and is considered the third best Penalty Killer in the Eastern Conference.

Flemming’s teammate and New York Islanders prospect Casey Cizikas along with 2011 NHL Entry Draft prospect Ryan Strome of the Niagara IceDogs led the way receiving first place selections in three different categories each.  Cizikas was named Smartest Player, Best on Face-offs, and Best Defensive Forward, while Strome was determined Most Improved Player, Best Playmaker, and tied Boston Bruins prospect Ryan Spooner of the Kingston Frontenacs in the Best Stickhandler category.  New York Rangers prospect Christian Thomas of the Oshawa Generals, who represented the Eastern Conference in five different categories last season, finished first in two categories along with the IceDogs’ Dougie Hamilton who is eligible for the 2011 NHL Entry Draft.  Thomas was considered the Most Dangerous in the Goal Area and has the Best Shot, while Hamilton was named the Best Skater and Best Offensive Defenceman.  Florida Panthers prospect Erik Gudbranson of the Kingston Frontenacs won the Hardest Shot category for the second straight year, while Islanders prospect and Generals’ blueliner Calvin de Haan was listed in the best Offensive Defenceman category for the third straight season.

Overall, the IceDogs had 12 players represented in the top-three of 16 different categories followed by the Majors with 10 players, and the Generals with eight.

All 16 Eastern Conference categories are listed below with their final point totals in brackets.

The winners from the Western Conference Coaches Poll will be announced on Friday.