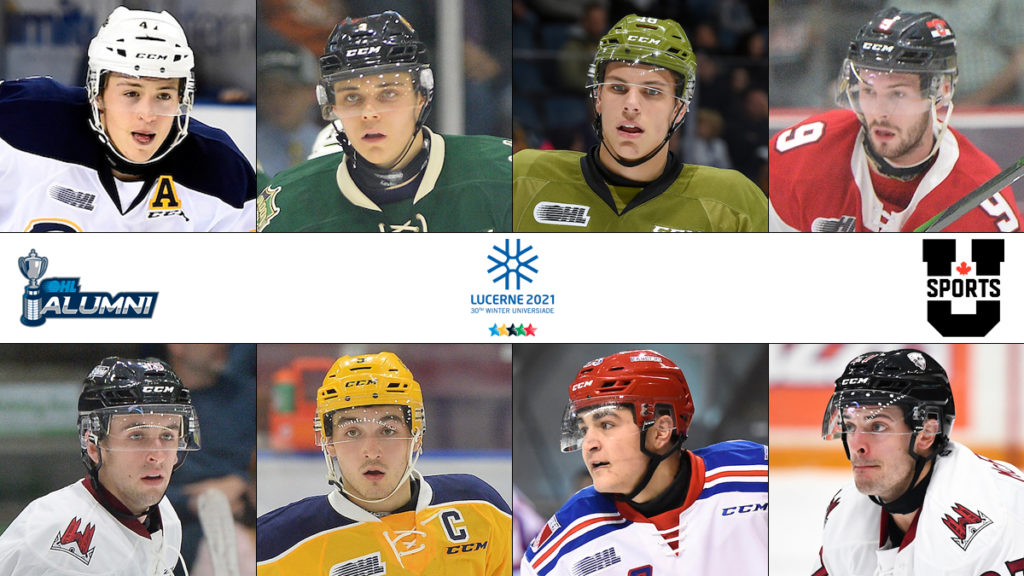 Eight former OHL players have been selected from U SPORTS men’s hockey rosters across the country to represent Canada at the 2021 FISU Winter Universiade, held from December 11-21 in Lucerne, Switzerland.

Canada returns to the FISU Winter Universiade having won a bronze medal in the most recent iteration of the event, held in 2019 in Krasnoyarsk, Russia. The Canadian men’s hockey team last captured gold in the biennial competition in 2013.

Former two-time OHL Humanitarian of the Year Garrett McFadden is the lone returnee from Canada’s 2019 squad. Now a fourth-year defenceman at Acadia University, McFadden has recorded 18 points (5-13–18) through 15 games on the blueline this season.

McFadden, who won an OHL championship with the Guelph Storm in 2014, will be joined by others who have hoisted the J. Ross Robertson Cup in two-time winner Nicolas Mattinen (London Knights, 2016 & Hamilton Bulldogs, 2018), Owen Headrick (Erie Otters, 2017), Kyle Maksimovich (Erie Otters, 2017) and Liam Hawel (Guelph Storm, 2019).

The full list of OHL alumni set to compete under head coach Gardiner MacDougall (UNB) is as follows: