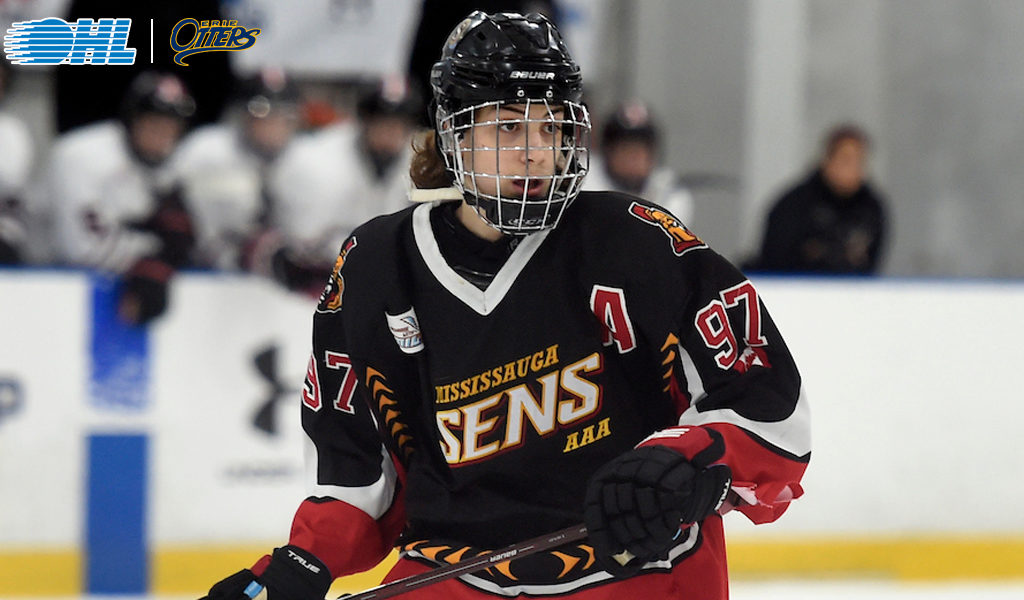 Erie, Pennsylvania – Erie Otters General Manager Dave Brown announced today that Elias Cohen, one of Erie’s three sixth round choices in the 2018 OHL Priority Selection, has committed to the team and come to terms on an Ontario Hockey League standard player agreement.

“Elias is another talented and quality young man that we’re excited to see join the Erie Otters,” General Manager Dave Brown said. “Elias is a great skater with excellent top speed and possesses a natural scoring touch. His character and dedication fit our core and we’re thrilled to welcome Elias and the Cohen family to the Otters organization.”

Cohen, selected 120th overall in the sixth round of the 2018 OHL Priority Selection, spent the past season with the Mississauga Senators of the GTHL. The 5-foot-10, 147-pound forward led his Senators squad in scoring at a near point-per-game pace with 27 points (8G-19A) over 29 games. The 16-year-old added three assists in four games to lead Mississauga in helpers and tie for team lead in points at the 2018 OHL Cup. Cohen, a right-handed shot, is a Toronto, Ontario native.

NEWS: Elias Cohen, Erie Otters 6th round pick in the 2018 OHL Priority Selection, has committed to the team. Full release in the link below. Yes, we want to walk with Elias…#OttersNation give @EliasCohen97 a warm welcome to Erie!