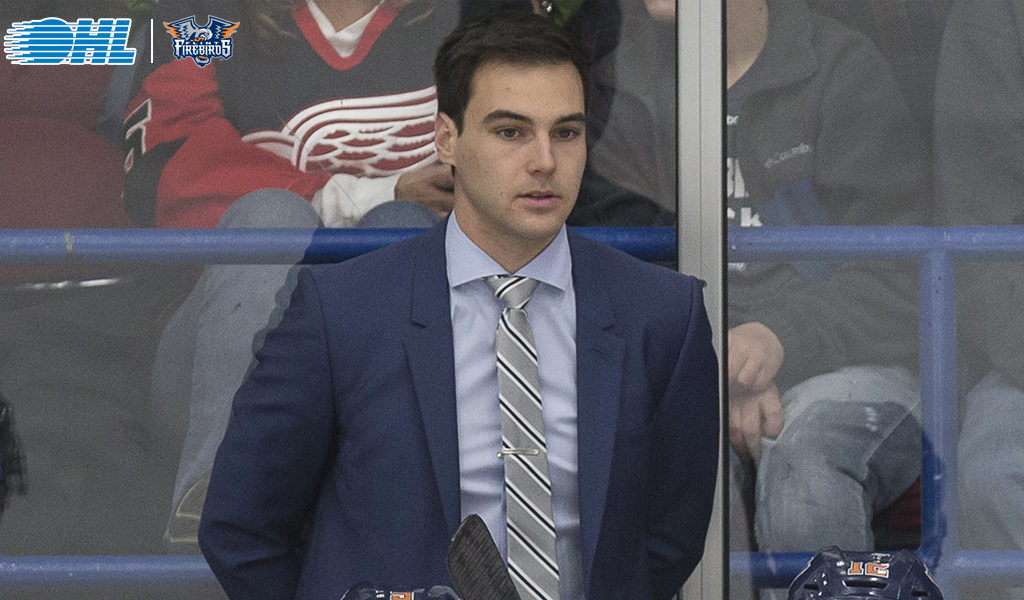 Toronto, ON – The Ontario Hockey League announced today that Eric Wellwood has been named Head Coach of the Flint Firebirds.

Wellwood comes to Flint with a winning background, earning three Memorial Cup Championships, twice as a player with the Windsor Spitfires (2009 & 2010) and once as a coach with the Oshawa Generals (2015). Additionally, before sustaining a career-ending injury, Wellwood recorded five goals and five assists in in 31 NHL games with the Philadelphia Flyers from 2010-13.

“We could not be happier to welcome Eric Wellwood back to the Firebirds,” said Flint Firebirds Vice President of Hockey Operations and General Manager Barclay Branch. “Eric will bring a very strong pedigree to Flint, having won championships both as a player and a coach. He is a teacher and student of the game.”

A native of Windsor, Ont., Wellwood was behind the Firebirds’ bench as an Associate Coach during the 2016-17 season, Flint’s most successful season to date. During that campaign, the Firebirds recorded 32 victories en-route to earning the franchise’s first playoff appearance, eventually earning one victory in the first round of the post-season.

“I’m excited for the opportunity to become the Firebirds next Head Coach,” said Wellwood. “I know that there is a great group of assistant coaches, support staff and players in place already. I’m looking forward to helping them achieve their personal aspirations and goals, and build off their current team goals. Having coached in Flint already, it’s a great hockey town that loves the Firebirds and I am looking forward to getting things started.”

Wellwood is in the midst of his fifth consecutive season as a coach behind the bench. Most recently, he has been an assistant coach for the University of Windsor Lancers Men’s Hockey Team in the Ontario University Athletics (OUA) league. As a player in the OHL, Wellwood amassed 125 points (58G, 67A) in 217 games, finishing with a plus-54 rating. Additionally, he nearly averaged a point-per-game in 44 OHL playoff contests, scoring 14 times and adding 17 assists for 31 points.

“As owner I fully support the decision that the OHL has taken to bring Eric Wellwood in as Head Coach,” said Flint Firebirds Owner Rolf Nilsen. “I’d like to welcome Eric back to the organization as he was instrumental in the Firebirds’ first playoff run in franchise history.”

Eric will join the Firebirds once all the necessary immigration requirements have been approved.