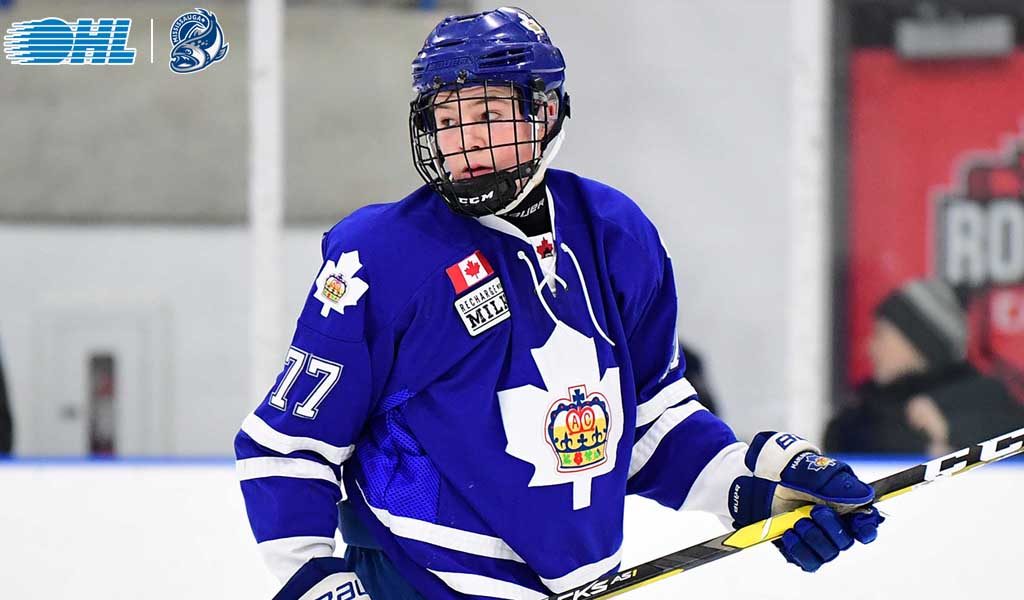 Mississauga, ON – The Mississauga Steelheads announced the signing of their first round pick in this year’s 2019 OHL Priority Selection, Ethan Del Mastro. Selected 12th overall, the 6-foot-1, 181-pound defenceman is a product of the Toronto Marlboros.

The Waterdown, Ontario native recorded 44 points (8 goals, 36 assists) in 73 regular season games in his Minor Midget season in the GTHL this year. Del Mastro is described as a big left shot D-Man that likes to play physical, is a smooth skater, moves the puck well and plays with a competitive edge.

Head Coach and General Manager James Richmond commented “We are happy to sign our first round pick, Ethan Del Mastro. Del Mastro attended the 2019 Prospect Camp on Saturday, April 20th while the Steelheads coaching staff got a good first look at him in Mississauga alongside fellow Steelheads prospects. He really wants to be here, and we are thrilled to have him a part of our Steelheads family.”