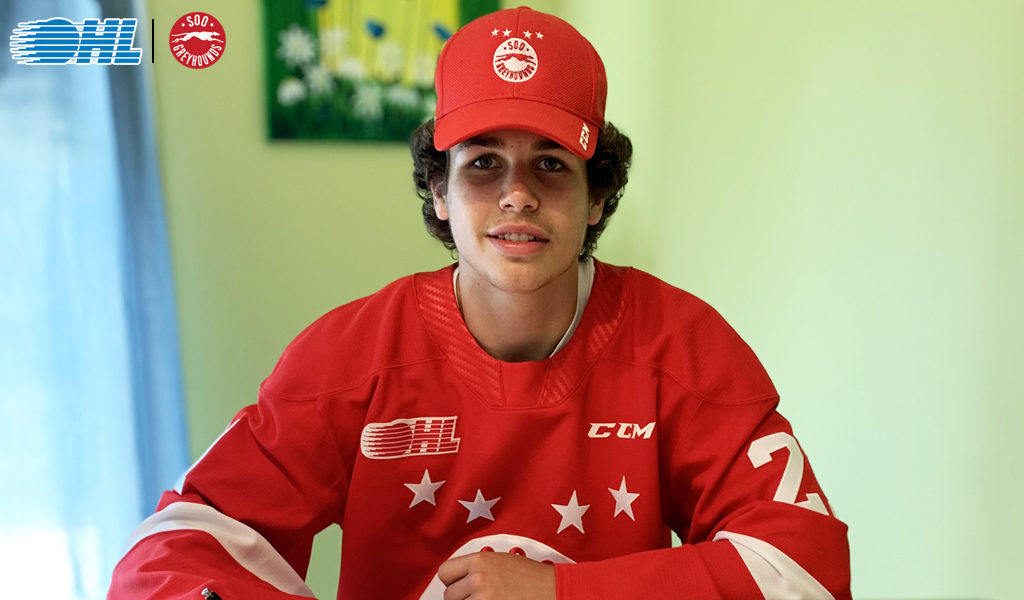 “Ethan is a very poised and competitive player who wants the puck on his stick every time he’s on the ice. He has a high motor and is creative with the puck making him a constant offensive threat who’s hard to play against,” expressed Raftis.

“After a great training camp we’re really excited to add Ethan to our group,” he concluded.

The Glen Walter, ON product last played during the 2019-20 season where he captained the Eastern Ontario Wild U15 AAA. In 28 regular season games played, the 5.11, 175-lb forward recorded an equal 23 goals and 23 assists before appearing in one game for the Cornwall Colts U18 AAA club.

“I am honoured and excited to sign with the Soo Greyhounds. It’s a dream come true to play for such a great organization.  I am ready to work hard on and off the ice and look forward to playing in front of the Soo fans,” expressed the appreciative and excited 16-year old.

The Greyhounds have now signed their top three picks of the 2021 Priority Selection –  Justin Cloutier, Marco Mignosa and Montroy.