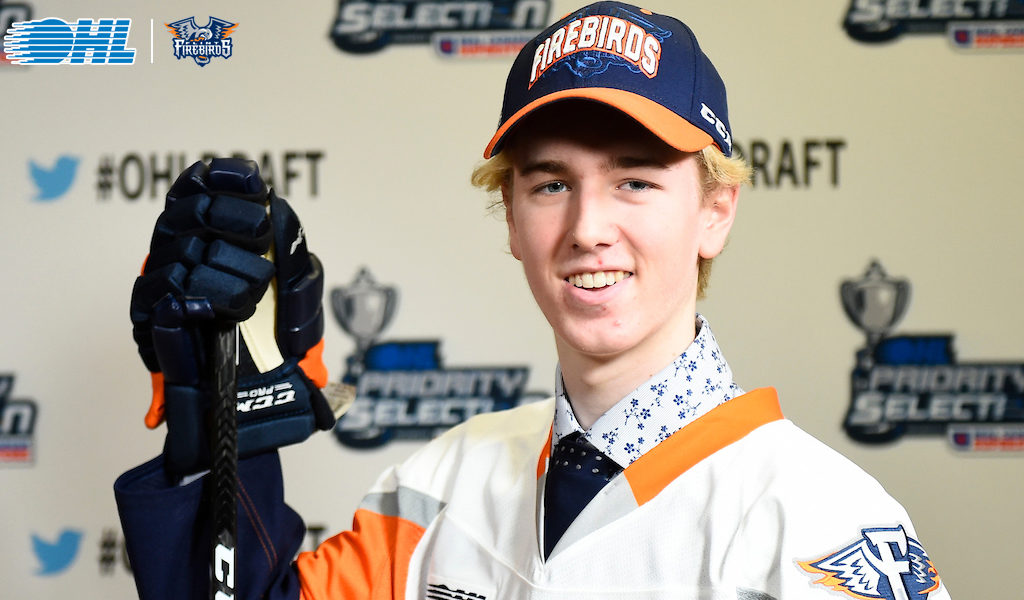 “We are extremely happy and excited to have Evan and his family officially committed to our program,” said Flint Firebirds Vice President of Hockey Operations and General Manager Barclay Branch. “Evan is an elite young man and highly talented hockey player. He will be a significant part of the Flint Firebirds moving forward.”

Vierling, a native of Aurora, Ont., recorded 63 points (27G, 36A) in 33 games last season with the York Simcoe Express Minor Midget AAA hockey team in the Ontario Hockey Minor Association-Eastern Toronto Area (OMHA-ETA). He also finished third in points among 375 skaters at the 2018 OHL Cup powered by Under Armour in March. He scored five goals and added five assists, totaling 10 points and recorded an impressive four game-winning goals in six games played. Additionally, he was one of six players named to the 2018 Gatorade OHL Cup All-Star Team. He won a tournament-high 63 face-offs, going 57.8% in the circle.

“It’s very exciting to be able to sign with such a first class organization,” said Vierling. “I’m so thankful to have this opportunity to play in such a special league and a great city. To see the amount of fans that came out for an orientation camp in April was unbelievable. The coaches were amazing and I know they’re going to push me to become the best player I can possibly be. This means everything to my family and I.”

At the OHL Gold Cup in May, Vierling led all Firebirds’ prospects with five points (1G, 4A) in four games. He also recorded four penalty minutes, one power-play goal and one power-play assist.

For 14 straight years beginning in 1999, the player taken second in the OHL draft went on to play in the NHL. Also, since 2010, four of the last six players selected second overall in the OHL Draft became first-round draft picks in the NHL.

OHL Central Scouting Report: Evan is a smooth skating center that has very good offensive instincts. He was one of the nicest skaters in the draft, has a long, powerful stride and is very agile on his skates. He has a great skill set and can makes plays at full speed. He is a smart player that understands the situations of a game and makes very few mistakes. He plays a simple but effective game. Evan was a big part of the success his team had in the second half.

Evan will arrive in Flint for training camp in late August and will wear number 41 for the Firebirds.