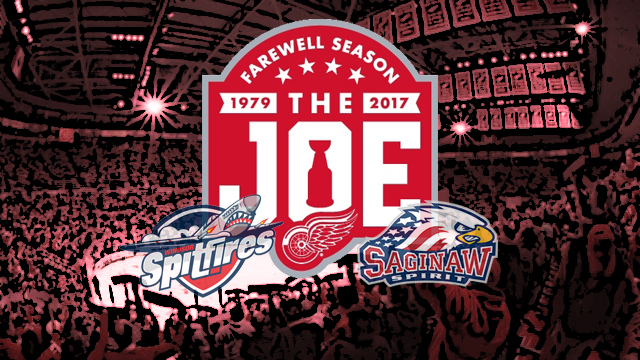 The Windsor Spitfires and Saginaw Spirit drop the puck on the 130th and final OHL regular season game at Joe Louis Arena this afternoon, signalling the end of an era in one of hockey’s great buildings.

In addition to the long list of unforgettable Detroit Red Wings moments since The Joe opened its doors in 1979, the Ontario Hockey League has been privileged to share in the building’s legacy as well.

The Detroit Ambassadors and the Detroit Jr. Red Wings played at Joe Louis Arena from 1991-95. Here are just a few of the greatest OHL memories from those four years at The Joe. 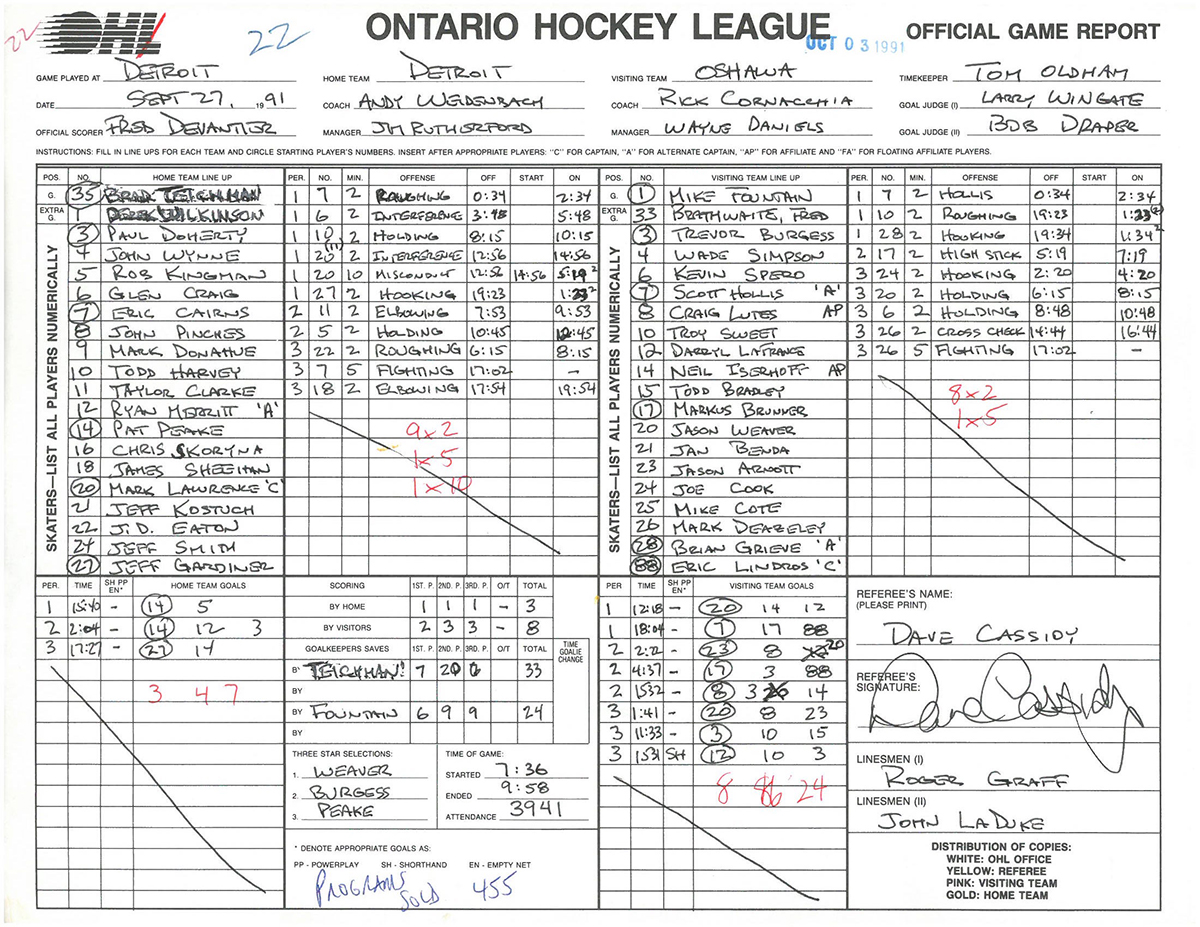 The Spits played a total of 16 games at Joe Louis Arena between 1991-95, going 6-9-1 with 69 goals for and 84 against. The Spitfires won their first ever game at The Joe as Todd Warriner was the first Spitfire to score in the building. Windsor won that contest over the Ambassadors 4-3 on November 10, 1991 as Eric Stamp scored the third period winner.

Detroit would have the last laugh on March 5, 1995, winning the last ever clash between the two clubs at Joe Louis Arena as Bill McCauley scored the winner in a 4-3 overtime win for the Wings. Spitfires all-time scoring leader Bill Bowler scored the final goal in the building for Windsor.

13 OHL GRADS WON STANLEY CUP WITH RED WINGS
A total of 13 OHL graduates won the Stanley Cup as members of the Detroit Red Wings, 11 of whom raised the cup at Joe Louis Arena.

Today we celebrate Joe Louis Arena and the many lasting hockey memories that were made there. 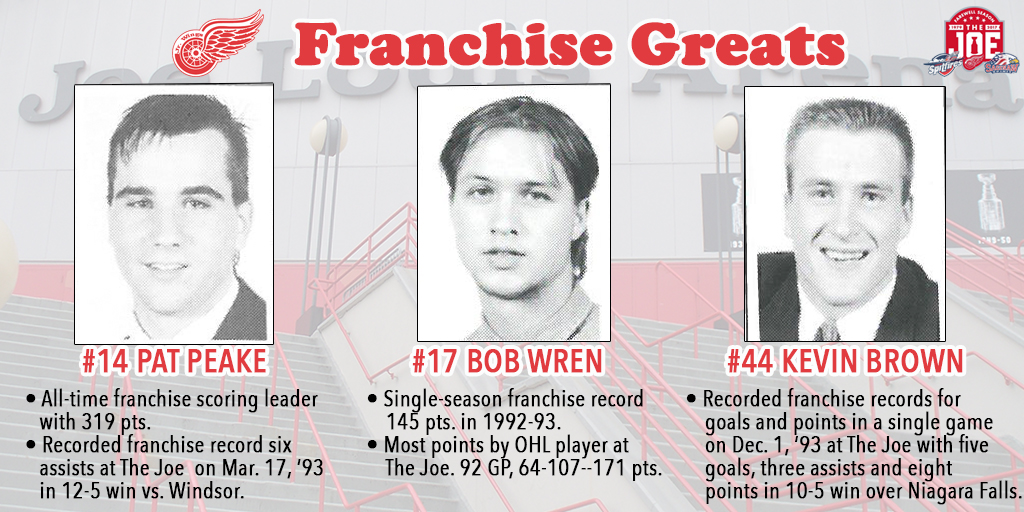 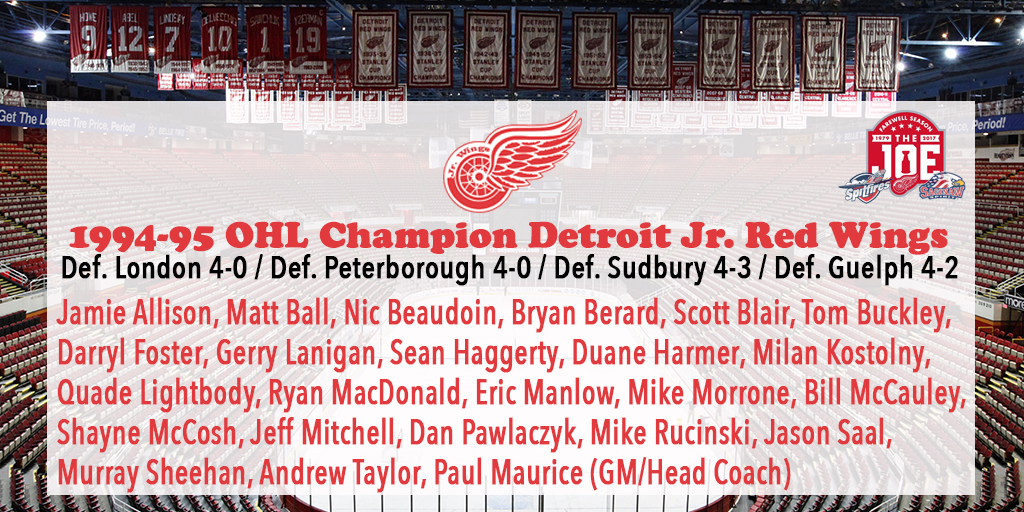