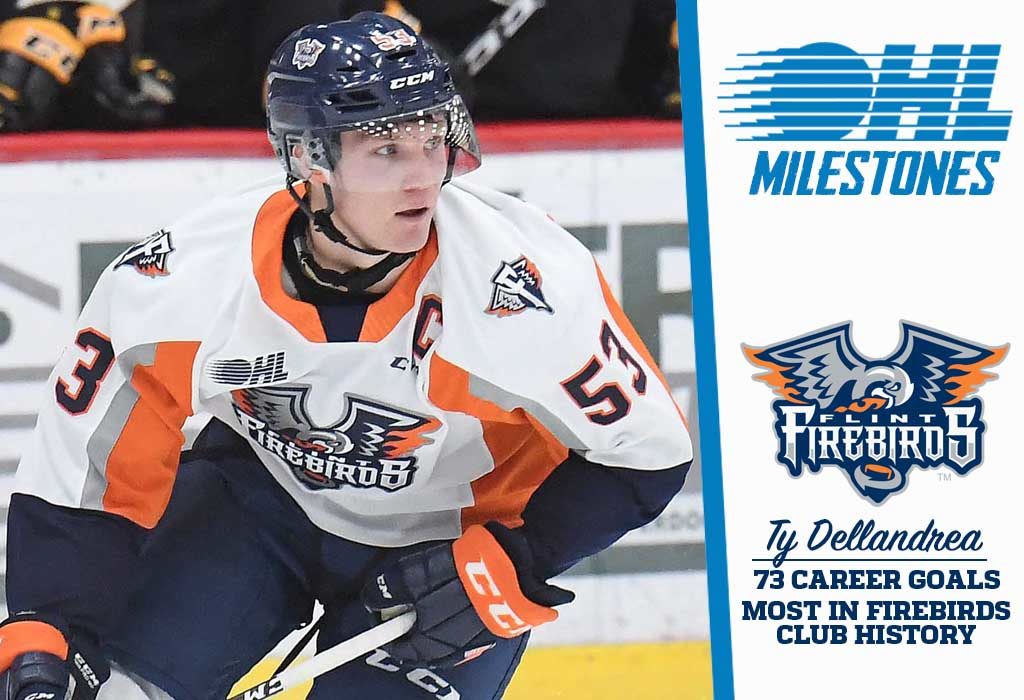 The 19-year-old used a Wednesday night hat-trick to propel him to the top of the club’s all-time goal scoring list in Sarnia as the Firebirds fell by as score of 6-4.

A Port Perry, Ont. native, Dellandrea recently represented the OHL at the CIBC Canada Russia Series and was an invite to Canada’s National Junior Team Summer Development Camp this past August. The fourth-year centreman sits second in Flint scoring with 23 points (11-12–23) over 19 games this season including a team-leading 83 shots on goal.

The Dallas Stars prospect has represented Canada internationally on four different occasions, competing at the World Under-17 Hockey Challenge, twice at the IIHF World Under-18 Hockey Championship and once as a gold medalist at the 2017 Hlinka Gretzky Cup.