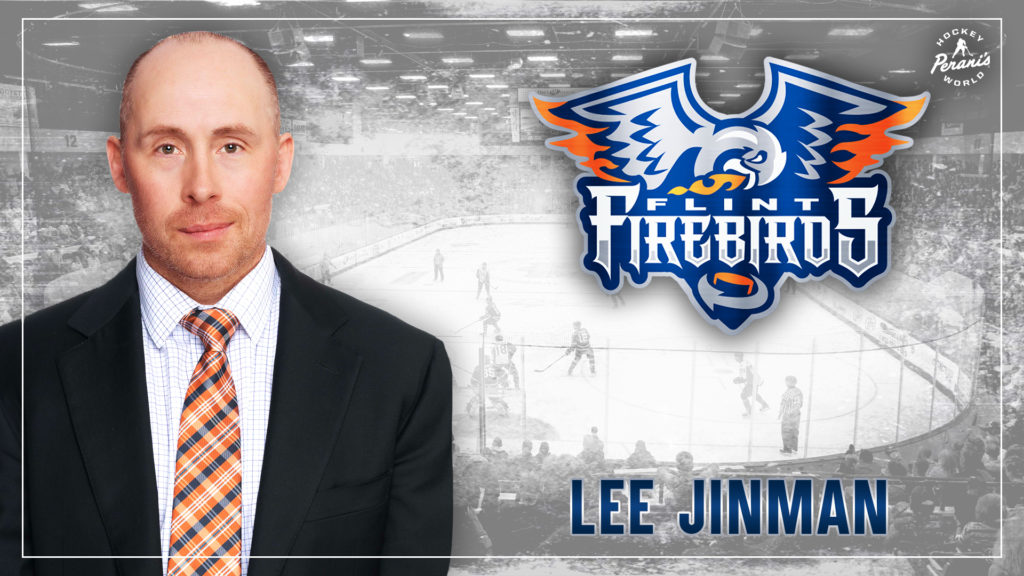 Jinman, 43, will help oversee and support the progress of prospects throughout the Firebirds system, working with Firebirds drafted players at all levels from junior hockey to Midget AAA.  He will skate with Firebirds’ prospects on the ice, improving skill development and assisting in player evaluation. Off the ice, Jinman will be an extending arm of the Firebirds Hockey Operation’s staff, meeting personally with prospects, aiding in education and player recruitment.

“We are excited to welcome Lee to the Firebirds as a leader throughout the league in prospect player development,” said Flint Firebirds Vice President of Hockey Operations and General Manager Barclay Branch. “Lee will bring over 15 years of professional hockey experience to the players in our system, helping improve our prospect pipeline and skill development moving forward.”

Jinman, a native of Mississauga, Ont., played 18 consecutive years of professional hockey, most notably in both the top leagues in Sweden (Swedish Hockey League-SHL) and Switzerland (National League-NLA) where he was a member of the two-time NLA champions, HC Davos, in 2009 and 2011. During the 2005-06 season, Jinman led the NLB league in both assists (62) and points (103) in just 42 games. Jinman finished his final season of professional hockey in 2014 as a captain of HC La Chaux-de-Fonds in Switzerland.

Prior to his professional career, Jinman was selected by the Dallas Stars in the second-round (46th overall) of the 1994 NHL Draft after winning an OHL Championship and competing in the CHL Memorial Cup with the North Bay Centennials. He led the Centennials in scoring during his first year in the OHL, recording 134 points (49G, 85A) in 84 games, eventually being named to the 1994 CHL All-Rookie Team. Jinman finished his OHL career with the Detroit (Plymouth) Jr. Whalers in 1996.

“This position means a lot to me now that I’ve had the chance to come to orientation camp and see first-hand what Flint is about and who’s involved in this organization,” said Jinman. “I’m thrilled to be able to help in the development of the Firebirds’ draft picks and prospects. It’s something that is unique in the OHL and shows how much Flint cares about their players. It’s a win-win for both the players and the organization.”