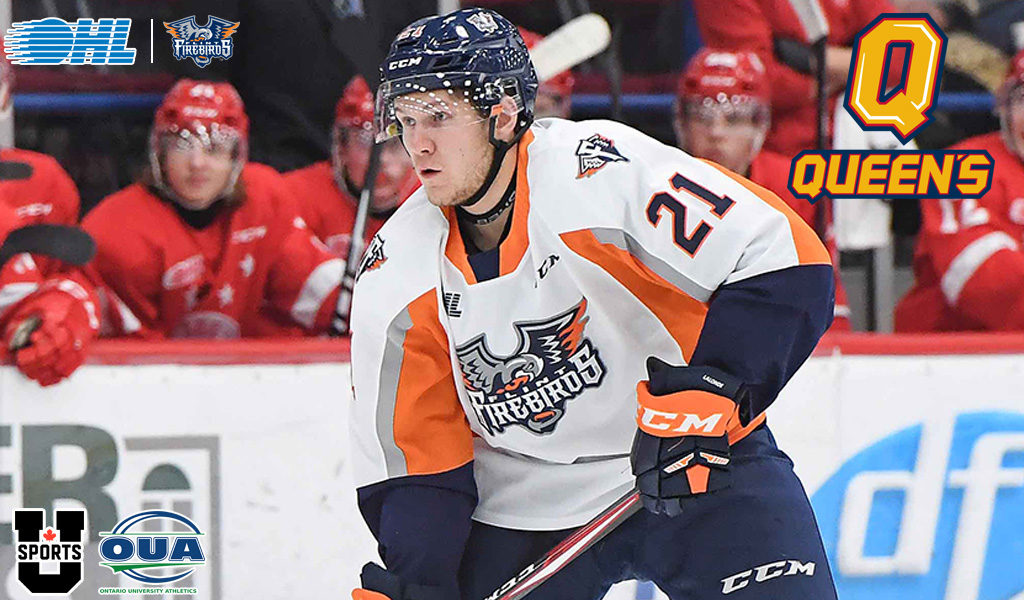 The second overall pick of the 2016 OHL Priority Selection, Lalonde recorded 25 points (2-23–25) in 57 games spent largely with the Flint Firebirds in 2019-20. His OHL tenure has been highlighted by winning an OHL championship with the Guelph Storm in 2019.

Prior to his time in the OHL, Lalonde was named ALLIANCE U16 Player of the Year as a member of the Windsor Jr. Spitfires in 2016. A successful rookie season earned him second all-rookie team recognition while he also won silver with Canada Black at the 2016 World Under-17 Hockey Challenge.

Lalonde, who turns 21 on February 11th, attended Training Camp with the Detroit Red Wings in 2019. He’ll join a number of fellow OHL graduates including former teammate Anthony Popovich at Queen’s in the fall.

New recruit news as @olalonde12 is now #GAELSCOMMITTED. Lalonde is a d-man who finished his 256 OHL career with @FlintFirebirds. Lalonde also has an OHL championship from playing with @Storm_City alongside now Gaels teammate @anthonypop30. Welcome Owen! #KARMA #ChaGheill🇷🇴 pic.twitter.com/Ii4UwxJACB