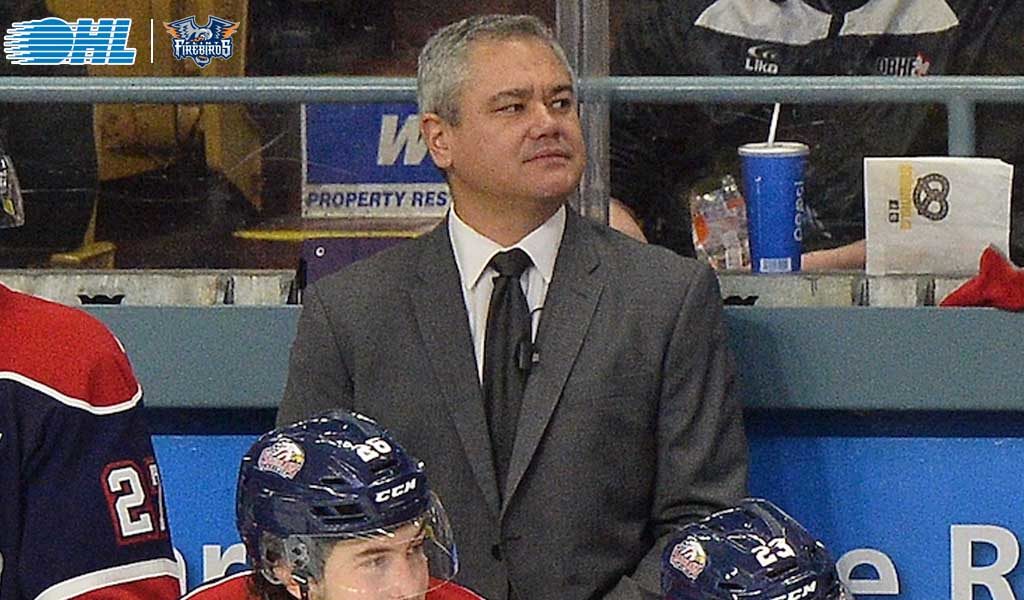 Kuwabara, 47, comes to Flint after spending the past two seasons as an assistant coach with the OHL’s Saginaw Spirit. In his playing days, he was a second-round (39th overall) selection by the Montreal Canadiens in the 1990 NHL Draft, prior to signing a three-year NHL entry level contract with the Canadiens that season. In the OHL, Kuwabara was a first-round (8th overall) draft pick by the Ottawa 67’s and notably amassed 100 points (43G, 57A) in just 66 games in one season with the 67’s.

Kuwabara also earned the honor to represent Japan both on home-soil in the 1998 (XVIII) Winter Olympics in Nagano, Japan and again as a captain for the Japanese National Team at the 2001 IIHF Men’s World Championship.

“We are excited to announce the addition of Ryan to the Flint Firebirds’ coaching staff,” said Flint Firebirds Vice President of Hockey Operations and General Manager Barclay Branch. “Ryan has an extensive background in the game of hockey, both as a player and a coach and he will play a significant role in helping to develop our players both on and off the ice.”

Kuwabara brings a winning pedigree to the Firebirds, earning seven championships throughout his 18-year professional hockey playing career. He was also a member of the Saginaw Spirit staff that secured the most recent 2018-19 OHL West Division title.

“After meeting Barclay [Branch] and Eric [Wellwood] it became apparent that this is a really good fit. There’s definitely a family-like atmosphere here and I’m excited to be a Firebird,” said Kuwabara. “Everybody is going to have a say on how we get this to where we want to be and that’s a championship club.”

Prior to coaching in Saginaw, the Hamilton, Ont. native was the General Manager and Head Coach for Greater Ontario Junior Hockey League’s (GOJHL) Ancaster Avalanche for four seasons from 2013-17. Kuwabara earned the ‘Tom Kelly Memorial Award’ as the ‘Coach of the Year’ in the GOJHL’s Golden Horseshoe Conference during the 2013-14 season.

Off the ice, Kuwabara won the community service award for the Montreal Canadiens’ AHL affiliate, the Fredericton (N.B.) Canadiens (now the Laval Rocket), during the 1993-94 season and was the recipient of the Bobby Smith Trophy during the 1989-90 season, which is awarded to the OHL Scholastic Player of the Year.

“I want to be part of making these players good people who work hard in the community and give back,” added Kuwabara. “On the ice, we want to give them the tools that they can take towards being an NHL player. If it’s not the NHL, maybe it’s heading to play in Europe professionally, and I have experience there too.”

Ryan plans to move to Genesee County this summer and is the husband to Melisa and the father to Hannah, Sophie, Ayva and Tessa.