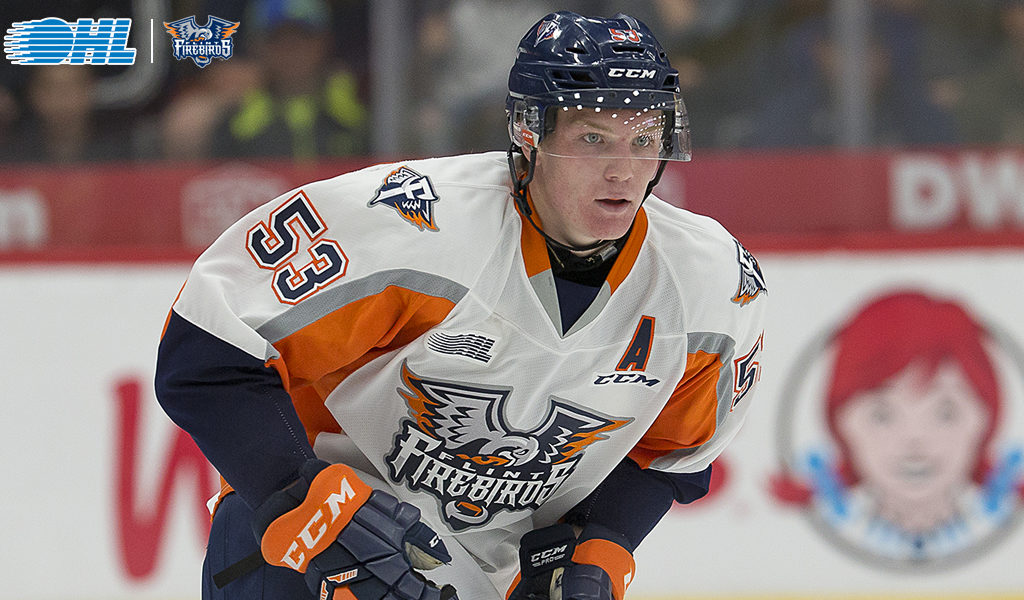 “We feel as staff that these individuals will lead us in the right way both on and off the ice,” said Oulahen. “All the members of our leadership group care about our community and development and are determined to make our organization better every day.”

Dellandrea enters his third season with Flint and second wearing a letter after becoming the first Firebird to be selected in the first-round of an NHL Draft this past June. Dellandrea was selected with the 13th overall pick on June 22 prior to signing a three-year NHL entry-level contract with the Stars on Sep. 19. The Port Perry, Ont. native was an alternate captain for the Firebirds’ last season and is the leading returning point-getter for Flint, recording 59 points (27G, 32A) in 67 games throughout the 2017-18 season.

Meet the #FlintFirebirds leadership group for the 2018-19 Season.

Busby was also an alternate captain last season for the Firebirds and was selected by the Arizona Coyotes in the fifth-round (145th overall) of the 2018 NHL Draft. Dennis hails from Barrie, Ont. and has earned 16 points in 64 career OHL games with the Firebirds.

Durham will be named an alternate captain for the 2018-19 season after two OHL seasons in Flint. A native of Port Perry, Ont., Durham recorded the third most points a year ago of all returners, scoring eight goals and adding 22 assists in 68 games.

Gordeev enters his fourth season in the OHL and leads all returning defenseman with 25 points (8G, 17A) in 67 games during the 2017-18 season. The Toronto, Ont native was selected by the Toronto Maple Leafs in the fifth-round (141st overall).