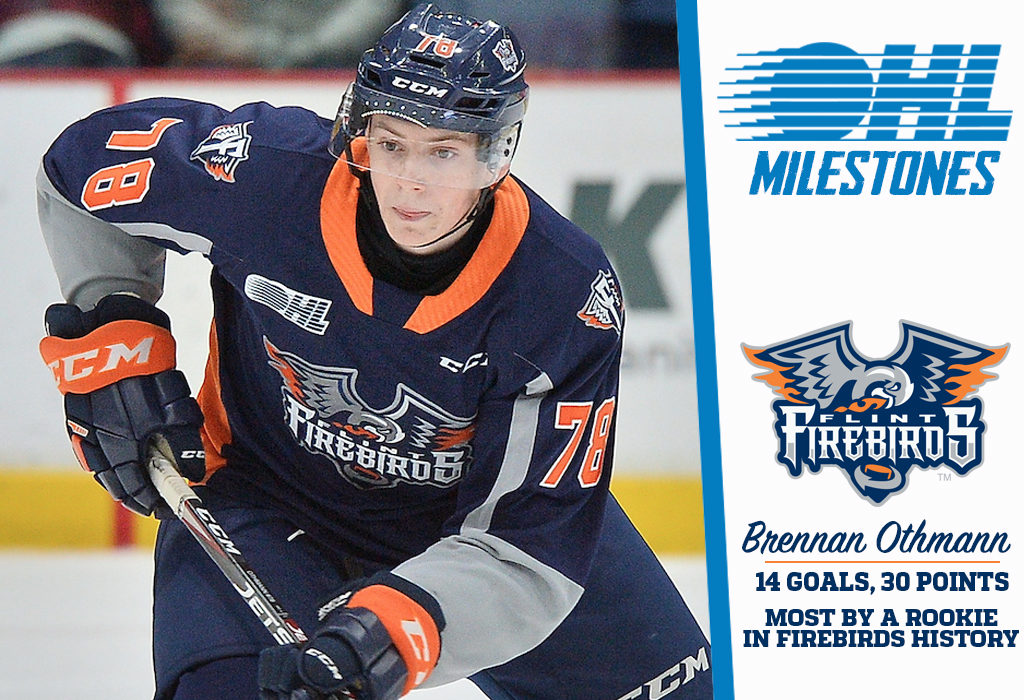 One of several records set in Monday’s 12-7 win over the Sarnia Sting, Flint Firebirds forward Brennan Othmann set a new marks for both points and goals by a rookie in a single season.

The second overall pick of the 2019 OHL Priority Selection had a goal and two assists on Monday to reach the 30-point mark, surpassing teammate Vladislav Kolyachonok‘s 29 points in a Firebirds uniform last season. His 14th goal put him ahead of Ty Dellandrea‘s mark set during the 2016-17 campaign.

The 17-year-old Othmann has 14 goals, 16 assists and 30 points through 46 games, good for ninth among OHL rookies this season. The 5-foot-11, 165Ib. native of Pickering, Ont. helped lead the Don Mills Flyers to an OHL Cup title last spring, scoring the overtime game winning goal in the Championship Final. He finished his Minor Midget season with 146 points (66-80–146) in 72 games.

A burst of speed and a flashy backhand 😏@BOthmann78 flew past the d-men and found the back of the net to widen that @FlintFirebirds goal cushion 💨🏒 pic.twitter.com/bvnDCEMSwU