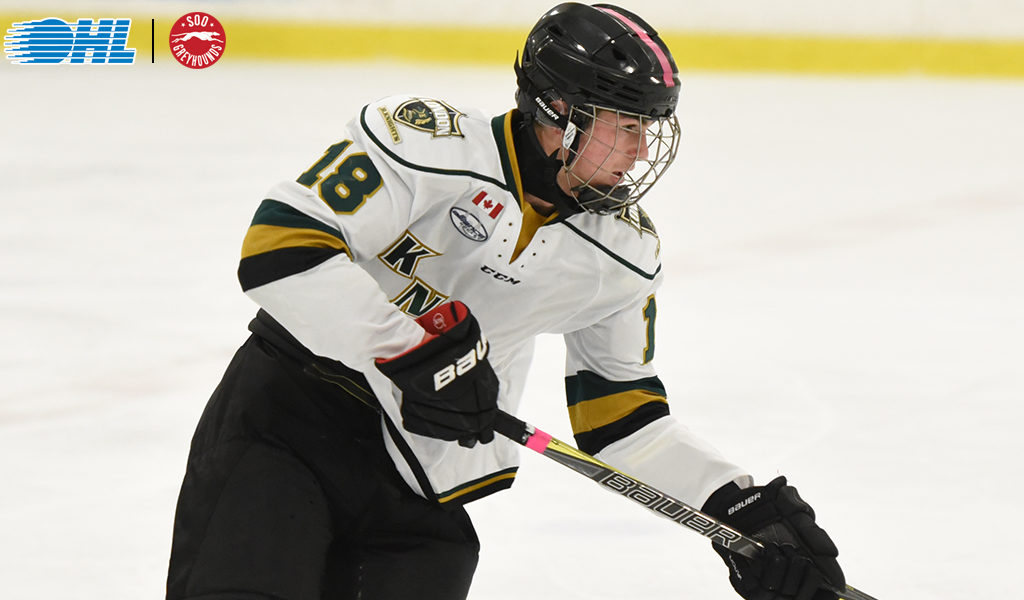 The London, Ont. native was the Greyhounds’ first round (4th overall) pick in this past April’s OHL Priority Selection.

“We are very excited to announce the commitment from first round draft pick Bryce McConnell-Barker. Bryce is a player that we targeted all season. We feel he is just scratching the surface in terms of his on and off ice potential,” started Raftis.

“As a highly skilled centre, Bryce combines great speed with a dangerous release. He has a relentless motor which drives his work ethic. We are thrilled to add Bryce to our lineup and we look forward to partnering with Bryce as we assist him reaching his potential during his time with the Soo Greyhounds hockey program,” he concluded.

The 6-foot-1, 162-lb centreman comes to the Greyhounds after playing the 2019-20 season with the London Jr. Knights Minor Midget Hockey Club. In 33 games played, he registered 30 goals and 19 assists, good for 49 points in 33 games played and he was later named the Alliance Player of the Year.

Additionally, he appeared in six games with the Komoka Kings of the Greater Ontario Junior Hockey League where he averaged a point per game (3g, 3a).

“Since I can remember, I have dreamt of playing in the OHL.  To be selected by the Soo Greyhounds so early in the first round has brought those memories to light.  I am honoured to play for an organization has developed so many talented players,” began McConnell-Barker.

“I plan to give hard work, community effort, and show the Soo fans my commitment to be at my best.  I look forward to meeting my teammates, coaches and the entire organization.  I am looking forward to the upcoming season,” he added.