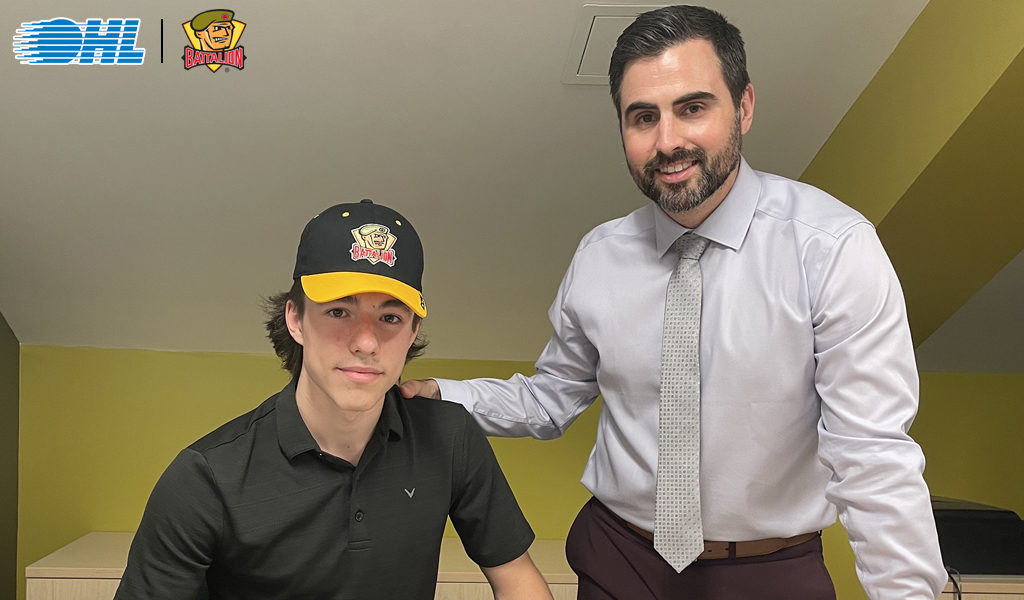 NORTH BAY, Ont. — The North Bay Battalion wrapped up a two-day development camp Sunday after 31 skaters and goaltenders were put through their paces on the running track and ice.

Procyszyn, a right-shot forward selected as a winger from the North Central Predators U16s, may well play centre for the Battalion. The Wasaga Beach, Ont., resident, who stands six-foot-two and weighs 182 pounds, turns 16 on July 11.

“Ethan had an excellent weekend,” said Dennis. “We all came away very impressed with how he handled himself on and off the ice. We’re thrilled to have him commit to our program and are looking forward to the next few years.”

Camp ended after an intrasquad game Sunday at Memorial Gardens that saw Team White defeat Team Green 8-6. The first and third periods were 15 minutes each, while the second lasted 20 minutes, with a goaltending change at the 10-minute mark. Battalion scouts ran the benches, Steve Blinn for White and Pat Domenico for Green, while Dennis, coach Ryan Oulahen and assistants Scott Wray and Bill Houlder observed.

Four goaltenders, 10 defencemen and 17 forwards were timed on the track Saturday and attended the Battalion’s 6-5 victory that night over the Kingston Frontenacs that secured the Troops advancement to the Eastern Conference final against the Hamilton Bulldogs.

Fifteen of 16 recruits taken in the 2022 Priority Selection were in attendance, the exception being defenceman Nikolas Young of the Buffalo Jr. Sabres U15s, who visited North Bay a week earlier.

The two players taken in the Under-18 Priority Selection, 11 chosen a year ago and three free-agent invitees also participated.

“The kids came in in great shape and showed really well on the ice,” said Dennis.

“It’s a huge benefit to have our team playing while this camp is going on, so these new players can experience the home crowd and playoff atmosphere. We couldn’t have asked for a better weekend.”