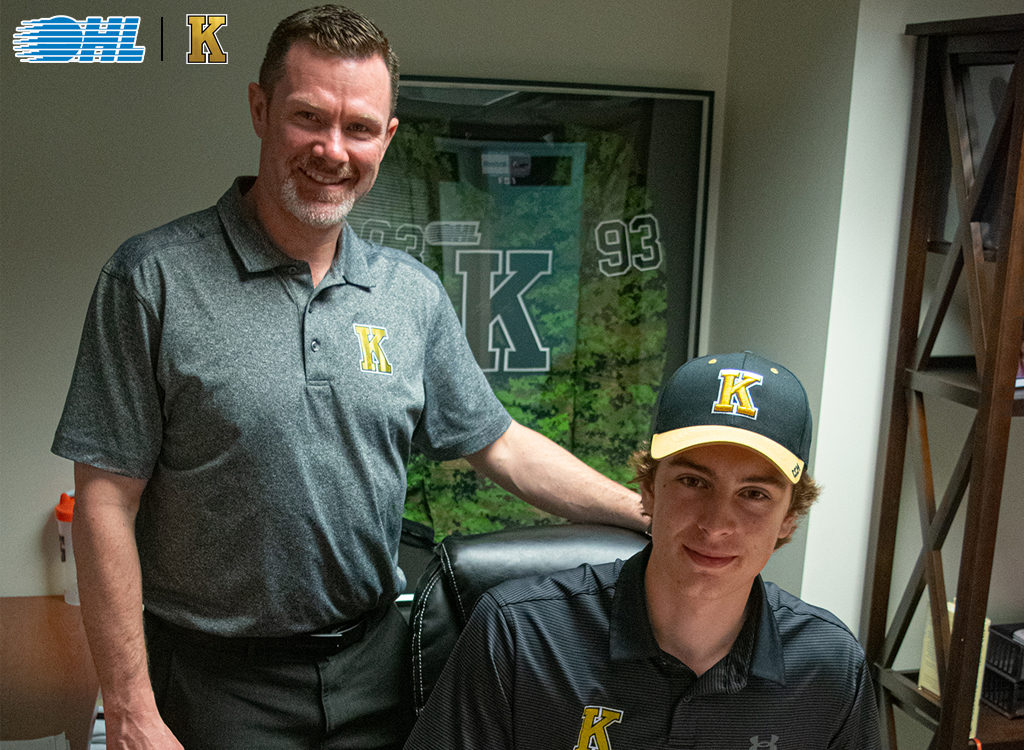 Kingston, Ontario – The Kingston Frontenacs Hockey Club is pleased to announce the signing of forward Gabriel Frasca to a Standard Player Agreement.

Gabriel was selected by the Frontenacs with the 17th overall pick during the 2022 OHL Priority Selection. He will look to follow in the footsteps of his older brother Jordan, as he sets his sights on joining the Black and Gold for the 2022-23 season.

“Gabriel brings a high skill set that will transfer well to the OHL game,” said General Manager, Kory Cooper. “He is a 200ft player who will continue to work at his game and become a big piece of our organization moving forward. Based on his bloodlines, we know the type of player and person we are getting both on and off the ice and couldn’t be happier to have him signed.”

Gabriel was a point per game player during the Mississauga Senators OHL Cup run. He scored 3 goals and collected 4 assists for 7 points in 7 games. The Senators had to play a wild-card matchup against the Ajax-Pickering Raiders to punch their ticket to the OHL Cup Showcase. In the 8-2 victory for Mississauga, Gabriel netted 5 goals in the game, demonstrating his ability to elevate his performance when needed.

Frasca will be joining his teammates this fall at the Kingston Frontenacs 2022 training camp.