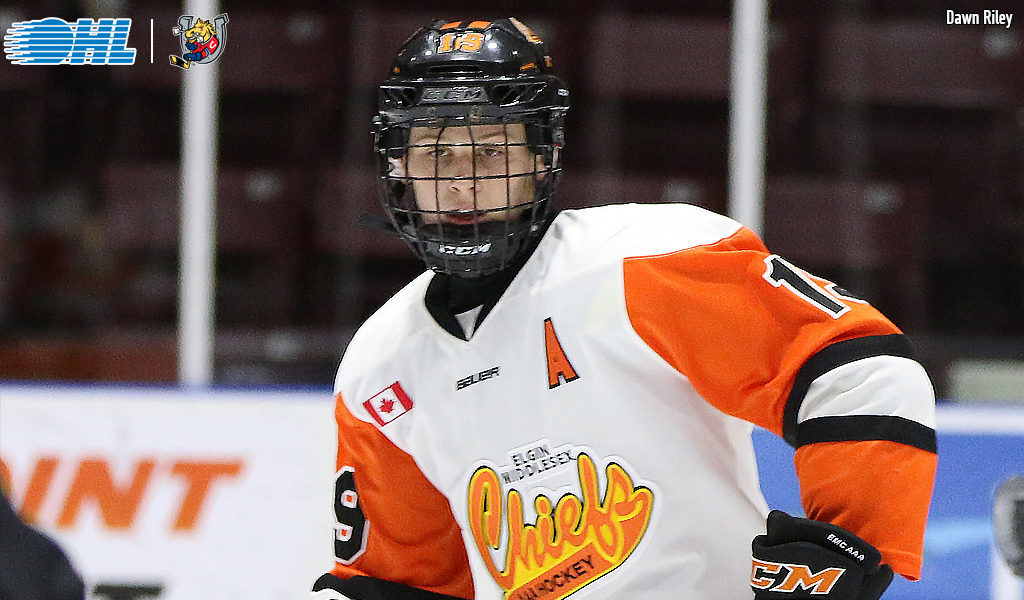 A 16-year-old product of Strathroy, Ont., Haight led the ALLIANCE Minor Midget ranks in goals with 32 this past season, leading the Elgin-Middlesex Chiefs to a league championship. Haight finished the campaign with 58 points (32-26–58) over 33 contests and added 26 points (11-15–26) over 16 outings in the postseason.

“The Barrie Colts welcome Hunter to the organization,” said Colts general manager Jason Ford. “We are extremely pleased that we were able to select him in the draft and he will suit up in a Colts uniform.   He has excellent speed including a few different gears through the neutral zone and can really push defenders back on their heels.  He has very good hockey sense and can make plays at high speed.  Hunter has a lot going for him as a hockey player; he is well-rounded; including the ability to finish.  He competes at both ends of the ice, and is a character kid.”