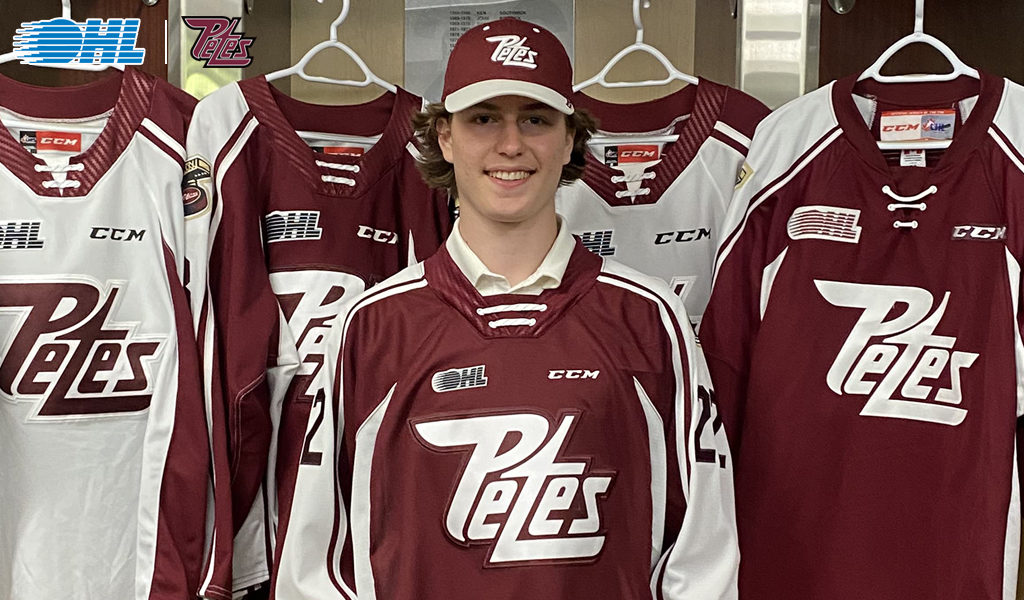 Van Volsen suited up for the Toronto Jr. Canadiens of the GTHL during the 2021-22 season, where he recorded 46 goals and 64 assists for 110 points in 57 games. The 6’1”, 169 lbs centre also picked up two points (one goal and one assist) in one game for the Pickering Panthers in the OJHL this season.

“It’s an honour to be drafted and to sign with this organization,” expressed Van Volsen. “I look forward to the upcoming season and doing everything I can to help this team win.”

“We’re excited to welcome Jack to the Petes,” commented Oke. “He’s a highly-skilled player, who has a lot of offensive upside and our fans are going to enjoy watching him this season.”

The Whitby, Ontario native also amassed five goals and eight assists for 13 points in eight games in the 2022 OHL Cup Showcase, leading his team to clinch a silver medal.

Van Volsen will wear #14 for the Petes, joining notable alumni including Joe Carroll, Liam Kirk, Austin Watson, John Druce, and Bob Gainey. Gainey, a Hockey Hall of Famer, was on hand at the press conference to join Oke in presenting Van Volsen with his #14 Petes jersey.