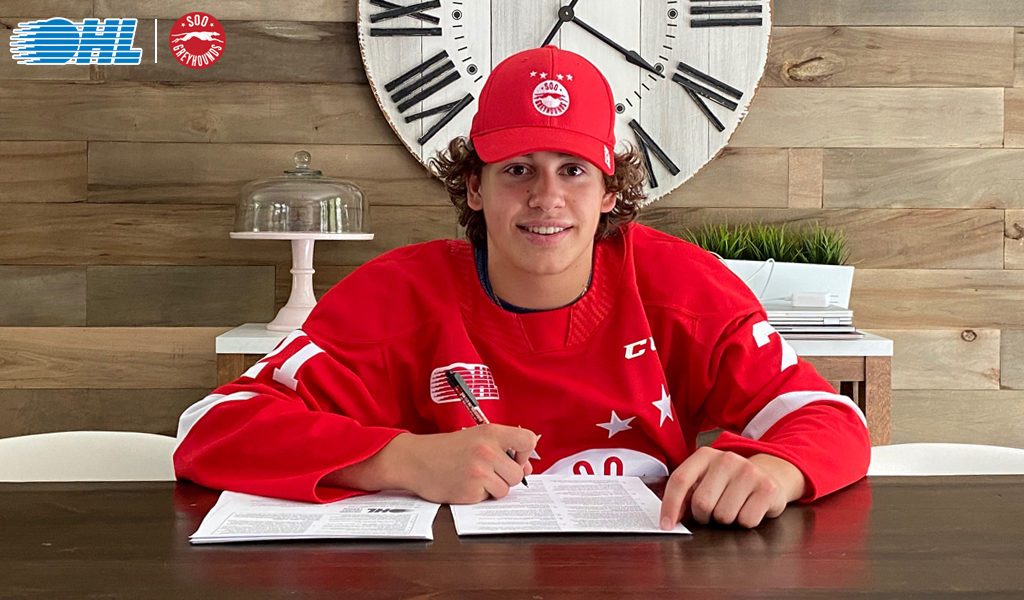 SAULT STE. MARIE, ONT. – The Soo Greyhounds are pleased to announce that Justin Cloutier, the team’s 1st round pick (18th overall) in the 2021 OHL Priority Selection, has signed a standard player agreement and education package with the club.

The Ottawa, Ont. native comes to Sault Ste. Marie after playing this past season with the Ottawa Senators U18 AAA team, where he tallied two goals and 10 points during four games played in a COVID-19 restricted schedule.

Greyhounds General Manager Kyle Raftis announced the commitment on Thursday and described his excitement about the addition of Cloutier to the organization.

“Justin is a tenacious competitor who always wants the puck on his stick. He plays the game at high speed and has a natural ability to create scoring opportunities across the ice. He’s a dynamic player who’s got the ability to put up points, but also has a relentless motor and puts considerable pressure on the opposing defenders, making him a tough player to contain. Overall, we’re thrilled to add Justin to the program and partner with him on the ice, and off the ice with his academic development,” Raftis said.

“It means a lot for me to be a Greyhound,” Cloutier said. “I feel like my playing style fits in well with the culture of Sault Ste. Marie; I work hard day-in, day-out, and I’m coming in with something to prove. Playing in front of this great fan base with great players and great coaches, I can’t wait to start my junior hockey career and continue working towards my end goals,” Cloutier added.