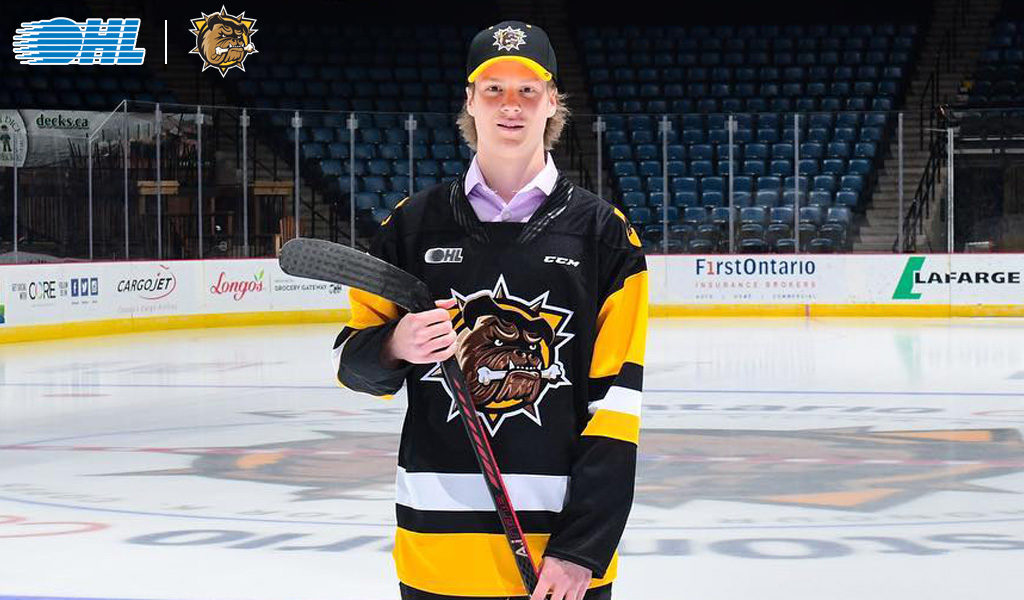 Vanacker, a product of Delhi, Ontario, comes to the Bulldogs from the Brantford 99ers U16 AAA where the young, gifted, goal-scorer produced a tremendous season. Recording 19 goals & 26 assists for 45 points in just 23 regular season games, the 23rd overall selection in the 2022 OHL Priority Selection Draft took his game to another level in the post-season. In 9 playoff games, Vanacker recorded 8 goals & 7 assists for 15 points while posting an impressive 3 goals and 2 assists for 5 points in 4 OHL Cup games. The 6’1”, 165lbs left-shot winger has an extremely bright future ahead as he joins the Bulldogs.

“Receiving a commitment from Marek Vanacker is very exciting.” said Bulldogs President & General Manager Steve Staios. “Marek brings exactly what we believe a Bulldog should be to the team and community, blending his on-ice ability with excellent character. We believe Marek is a young man who will grow into a leader as a Hamilton Bulldog”.