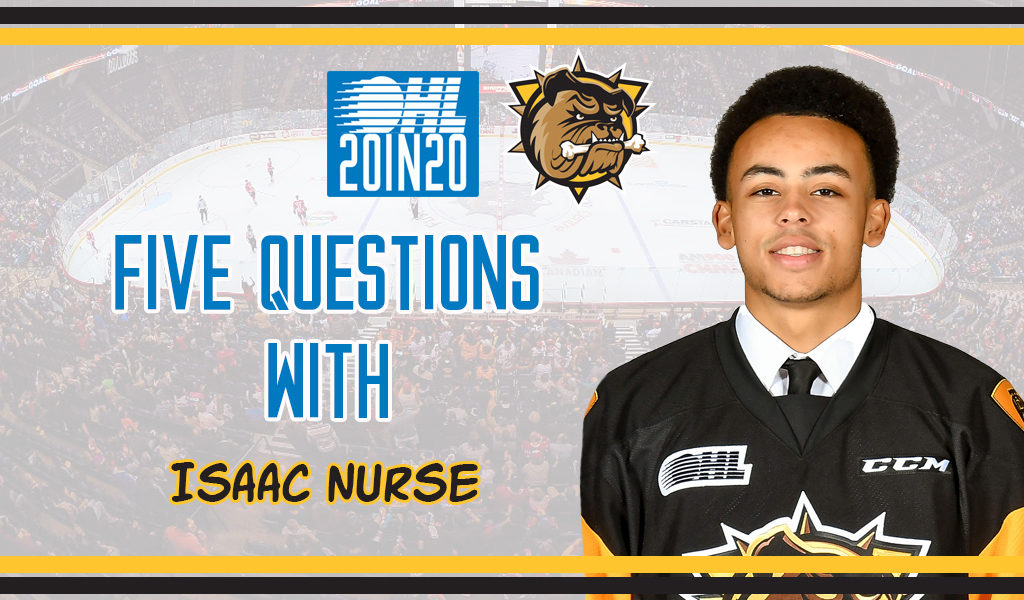 The 19-year-old forward originally chosen in the 11th round of the 2015 OHL Priority Selection returns for his third season after scoring 17 goals and 30 points in 68 games plus an additional 11 points in 21 playoff contests.

Nurse took time to answer some questions and share his outlook on the season ahead.

Now that you’ve had some time to reflect on last season, what can you say about the Bulldogs championship run?

“It was the most fun I’ve had playing hockey in a long time. To win the OHL championship is a big thing and I’m really proud we did that.”

Playing hockey deep into May means a shorter summer. How did you spend your time away from the rink?

“Went on a quick vacation, took a week off and went away, and then just hung out with my friends and just got back into training and skating and got ready for this season.”

It’ll be a new look team in Hamilton this season. How does it feel to be one of the returning veterans?

“It feels great! We’ve got some promising young guys in the lineup and we’re going to see how they do night in and night out and hopefully we’re going to win some games and push again this year.”

Sunday September 30 is your home opener. Are you excited to see the banners raised at FirstOntario Centre?

“Yeah it’s going to be really exciting to see that banner go up and just see the crowd that we have come out and that always supports us.”

What can fans expect from the defending champions?

“A hard working season and we’re looking to push and do it again.”