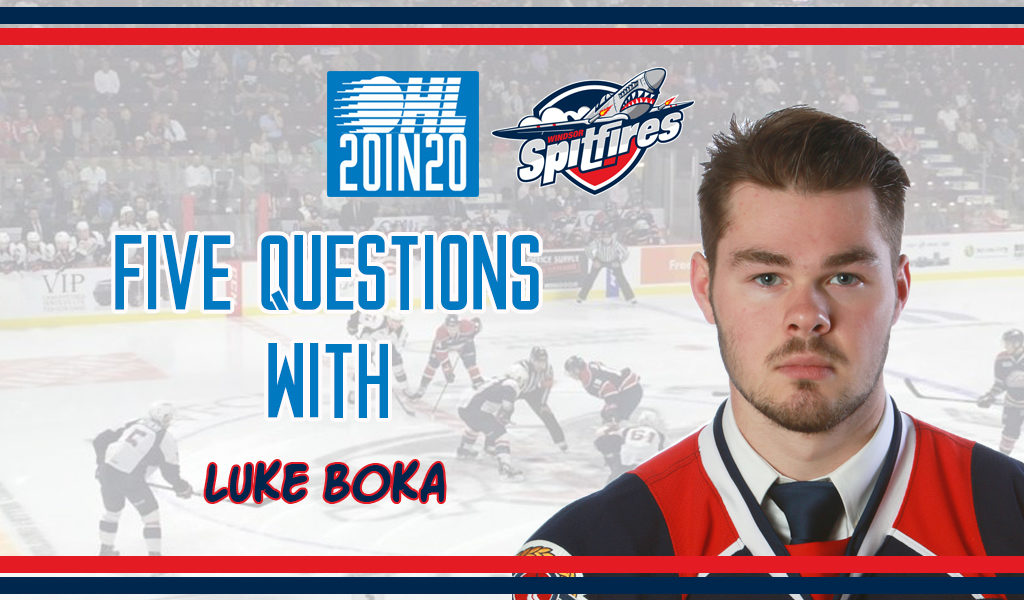 Luke Boka returns for a fourth season with the Windsor Spitfires and will undoubtedly serve as one of the veteran leaders on a young club in 2018-19.

The Plymouth, Michigan, native chosen in the fifth round of the 2015 OHL Priority Selection hoisted the Memorial Cup on home ice in 2017 and produced a career-high 40 points in 64 games last season.

Boka took time during Spitfires Training Camp to answer some questions and share his outlook on the season ahead.

You’ve shown a steady increase in point production through your first three years in the league. Is this an area you hope continues to take off in 2018-19?

“I obviously look to keep improving and in the past I’ve had the opportunity to play with some pretty special players. They’ve helped me out a lot and I’ve learned a lot from them and obviously keep hoping to contribute and put up some more points this season.”

How can you help the team by taking on a leadership role?

“I think a leadership role is really about showing the younger players how to work, their habits, and being at the rink whether it’s working hard in practice or at the gym and getting them to follow along and kind of just look at you like a role model.”

What advice do you have for the rookies and younger players on the team?

“The advice I’d give rookies coming into the league is you’ve got to make a name for yourself right away. You need to put your head down and keep your mouth shut and just work hard.”

As a 2017 Memorial Cup champion, what are your best memories from that victory?

“The best memories are the 30 days or so that we had off before the Memorial Cup. We worked really hard throughout that time and we all got a lot of time to spend with each other with team building and all that stuff and we really became real close so we could take over the tournament.”

What can fans expect from the Windsor Spitfires in 2018-19?