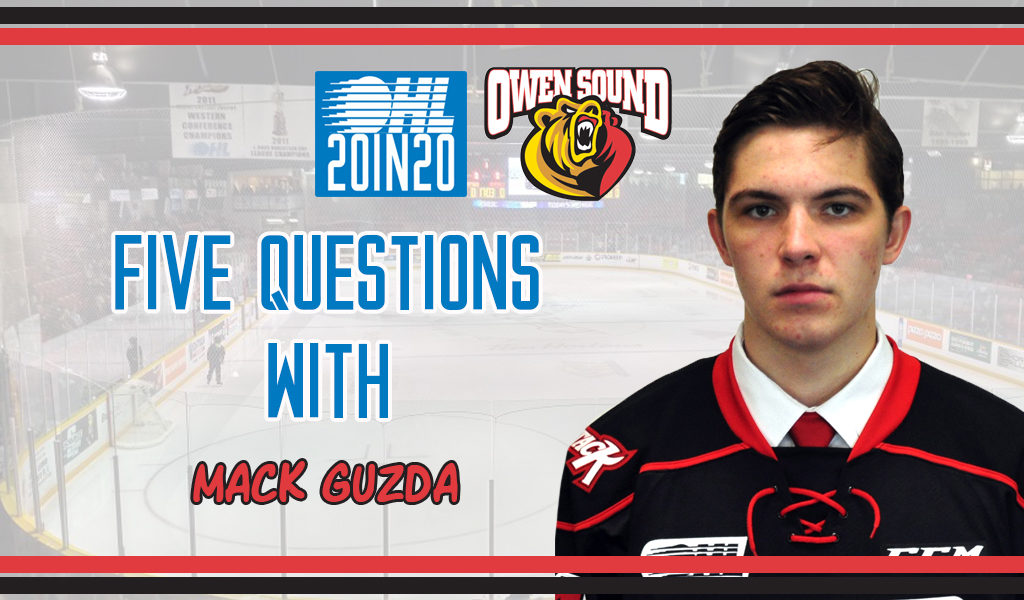 Mack Guzda enters his second season in the Owen Sound Attack crease after making 30 appearances and accumulating 14 wins a season ago.

The second round pick in the 2017 OHL Priority Selection attended Hockey Canada’s Summer Under-18 Selection Camp and will be eligible for the 2019 NHL Draft.  He was the OHL’s 2018 recipient of the Ivan Tennant Memorial Award recognizing his achievements as the Top Academic High School Student.

Guzda took time to answer some questions and share his outlook on the season ahead.

What was it like coming to the OHL as a 16-year-old goaltender?

What experiences can you take from your rookie season to will help you between-the-pipes this year?

“I definitely learned a lot last year. I was given a lot of opportunity which was great. I got the opportunity at times to be in the starting role last year and at times got to play in playoffs. I think a lot of experience is only going to help me moving forward and help me have a good consistent year this year.”

What is your favourite thing about living and playing in Owen Sound?

“I really like how Owen Sound is a small town. It’s a very loyal fan base. I was fortunate enough to have great billets with two young kids so always having a lot of fun at home. It’s a great time.”

As an Academic Award winner, how have you been able to balance school and hockey?

“I think the organization does a great job giving us lots of support. We always have everything we need. We have time in the morning or time anytime we need a tutor or any extra help we’re always given that opportunity. I think a lot of that credit goes to the organization for all of the help they provide.”

Are you excited for the opportunity to play big minutes in your NHL Draft year?