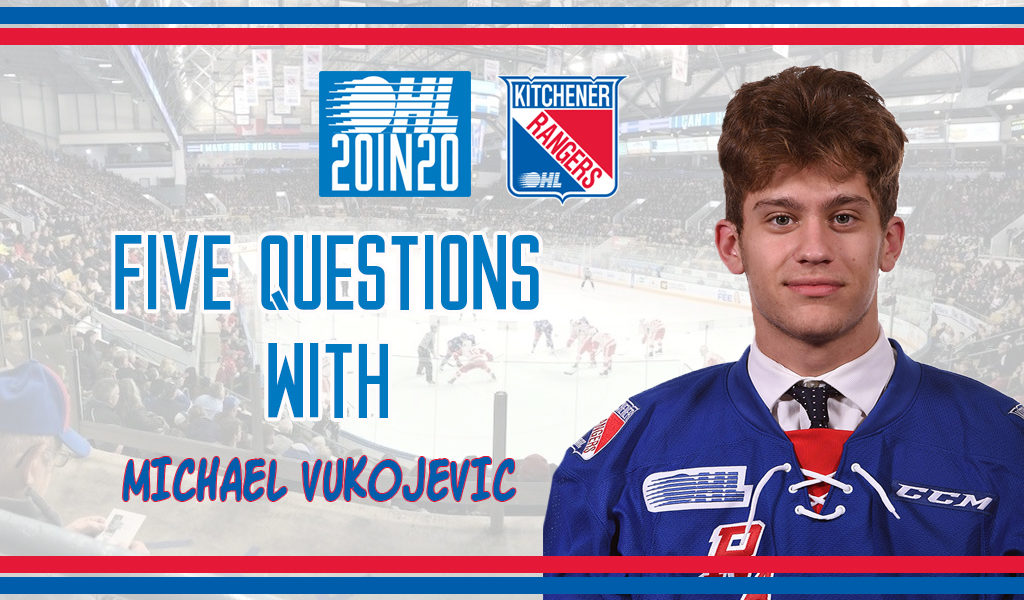 Michael Vukojevic returns for his sophomore season with the Kitchener Rangers after committing to the club midway through 2017-18.

The 6’3”, 206lb, defenceman, picked up five points in 24 regular season games then with added confidence in the post-season tallied 10 points in 19 games.  The 2019 NHL Draft prospect won gold as a member of Canada’s Summer Under-18 Team at the Hlinka Gretzky Cup.

Vukojevic took time to answer some questions and share his outlook on the season ahead.

How were you able to adapt so quickly to the OHL in your rookie season?

“Getting the opportunity to step in and play games helped me a lot. Having great leadership on the team made me a lot more comfortable and we ended up having a successful year.”

What did you learn the most from last year’s playoff run?

How did it feel winning U18 gold last month in Edmonton?

“It was very special. It’s an incredible opportunity any time you get to put the maple leaf on your chest and winning gold made it that much more special.”

What strength of your game do you think can contribute the most to team success?

“My defensive and my offensive capabilities playing both ends of the ice. Whether that’s shutting down guys or maybe getting a goal late in the game, I think that’s going to help the team win.”

What’s the best early season advice you’ve received about getting set to play in your NHL Draft year?

“Just not looking forward to June and just taking it day in and day out and playing game by game and worrying about the task at hand I think will help me and will go a long way.”