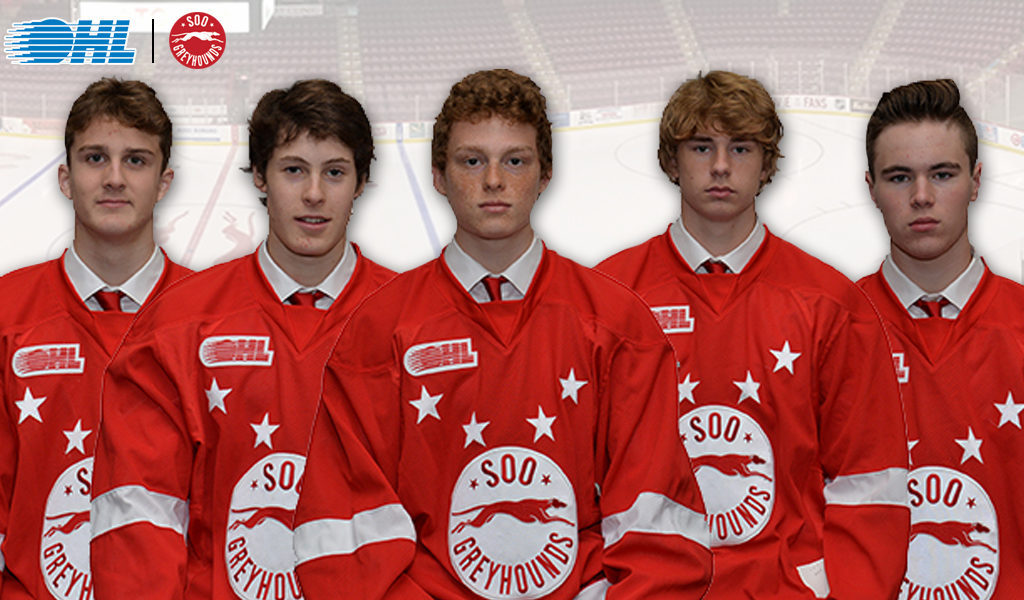 “We are very excited to finalize this wave of signings and to formally welcome these five athletes and their families to our hockey program. All five of these young men made major steps in their development both on and off the ice in the last calendar year and we can’t wait to partner with them further as we continue to push their development as members of the Greyhounds,” started Raftis

Mufarreh, from Livonia, Mich. was selected in the seventh round of this past April’s OHL Priority Selection. One year ago, Mufarreh suited up with the Detroit Compuware 16U program of the HPHL U16 league.  In 20 games he recorded six goals and five assists in 20 games.

“I’m absolutely thrilled to be a part of the Soo organization,” said Mufarreh. “The management, staff and coaching staff is first class.  So many great players have come through this organization.  They have a strong history of moving guys on to the next level.  I can’t wait to get started.”

Kartye, an eighth round pick in 2017, competed this past season in his hometown with the Greater Kingston Jr. Frontenacs Midget program. There he produced well over a point-per-game compiling 28 goals and 23 assists (51 points) over 36 games.

“Playing in the OHL is a dream come true.  I’m excited and honoured to be joining such a great organization like the Soo Greyhounds.  It’s an amazing feeling to get the opportunity to play with some of the great players in this league and I can’t wait to get things started,” said Kartye.

“I’m extremely proud and honoured to have signed with the Soo Greyhounds,” stated Taylor. ” I’d like to thank my family, former teammates and coaches for helping me reach this goal.  I’m excited to get going here in the Soo.”

Cullen McLean, the club’s 15th round pick in 2017, skated with the Ajax-Pickering Raiders Midgets one season ago. The Oshawa, Ont. product netted 35 goals to go along with 45 assists in 60 games.

“I want to thank my teammates, coaches and family that have shaped me into the player I am today.  I am ready and very excited to start a new chapter with the Sault Ste. Marie Greyhounds and do my best to bring success to the organization,” commented McLean.

Johnston, originally selected in the sixth round of the 2017 OHL Priority Selection, is coming off a season with the Kanata Lasers Jr. A club of the CCHL.
The Stittsville, Ont. product produced three goals and 10 assists in 59 regular season games.

“It’s going to be a privilege to wear the Greyhounds jersey and I’m thankful for the opportunity they’re giving me here in the Soo.  I’m excited to get started,” stated Johnston.

The five latest signings of the Greyhounds are part of a current twenty-six man roster that continues to prepare for their first of two OHL pre-season contests when action kicks off on Thursday, September 13th. 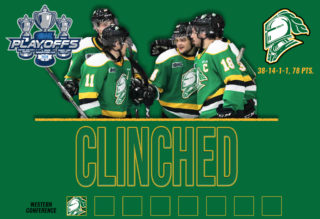