Focused on the Future: Hardie pushing through draft day disappointment 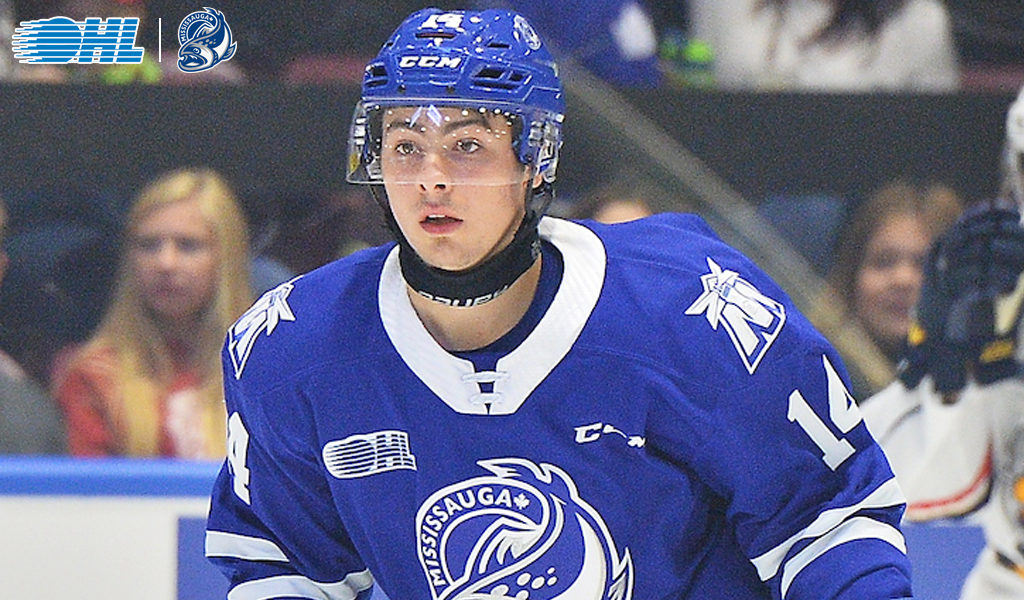 James Hardie has spent a lot of time on the golf course in the long months since he last laced up the skates in OHL action. A lot has happened, and it’s given him time to think.

“Pretty much every day,” he said. “I get a workout in, skate for a couple hours each day and play a round of golf, usually with my dad.”

Hardie, who scored a club-leading 34 goals as a sophomore with the Mississauga Steelheads last season, was passed over in the 2020 NHL Draft after entering the proceedings as the 163rd ranked skater on NHL Central Scouting’s North American list. The day was a disappointment to say the least, as Hardie had high hopes when he woke up on Saturday October 7th.

A natural goal scorer with a wicked shot, 2020 #NHLDraft prospect James Hardie (@Jamehardie14) made a big impression with @OHLSteelheads this past season and earns a spot on our @AshleyHomeStore #OHL Highlight Reel 🎥 pic.twitter.com/Gp7AEoPkHP

“I had some friends over and was really excited,” he recalls. “The day went by and I sat there waiting, and waiting but that call never came. It was a let-down and a heartbreaker for me.”

Hardie wasn’t alone. Oshawa Generals teammates Oliver Suni and Lleyton Moore, Flint’s Riley Piercey and Barrie’s Ethan Cardwell were among some of the other accomplished OHL names to go unselected.

What’s more, Hardie was disappointed once again when his name was nowhere to be found on NHL Central Scouting’s Preliminary Players to Watch List for the 2021 NHL Draft released on October 27.

“I guess we’re just as curious as he is at this point,” said Steelheads head coach and general manager James Richmond. “He’s a great kid, his development curve is going the right way, he’s put a lot of time into his game and he’s prepared to put even more time into it to prove some people wrong.

“He had a tremendous season last year, both statistically and analytically,” Richmond added. “Whenever the puck drops here for his third season, I think he’s going to be a force in this League and do some great things.”

Originally selected by Richmond and the Steelheads with the eighth overall pick of the 2018 OHL Priority Selection, Hardie has seen Barrie Colts U16 teammate Tyson Foerster, a third round OHL pick of the hometown Colts, blossom into a first round NHL Draft choice of the Philadelphia Flyers following a 36-goal campaign.

For two friends who racked up big point totals together through their minor hockey journey, the NHL Draft has yielded vastly different outcomes.

“He’s a great player,” said Hardie of Foerster. “We had a great team and we played really well together our whole lives growing up and I’m not at all surprised by how well he’s doing. He could always shoot the puck, so 36 goals from him isn’t surprising to me at all.

“I’m really happy for him,” he added. “Sure, it’s disappointing for me, but all I can do at this point is focus on the things I can control and work on the areas of my game that need improvement. Things like getting better away from the puck, continuing to work on my skating and continuing to score and produce offence.”

With the 2020-21 OHL season slated to begin on February 4, the Steelheads look as though they’ll be in the conversation for one of the League’s eight available playoff spots following an abbreviated 40-game schedule. The Trout have hung round the 30-win mark since their Eastern Conference championship finish in 2017, and look like they’ll be contenders with returning veterans in Hardie, Florida Panthers prospect Cole Schwindt, St. Louis Blues draftee Keean Washkurak, overage goaltender Kai Edmonds and the possible return of star defender and Dallas Stars first rounder Thomas Harley.

Anticipating his return to a competitive club for the new season, flying under the radar doesn’t bother Hardie, who has been there before.

The #NHLDraft prospect continues to impress 👏 @JameHardie14 snipes one into the Barrie net for his 3️⃣3️⃣rd on the year and one of eight @OHLSteelheads goals on home ice 🐟 pic.twitter.com/Krz1VPieEX

“If you go back to the OHL Draft when I was taken eighth overall, I know some people thought I probably wasn’t supposed to go that high,” he said. “So I’ve been someone who’s been ranked a little lower before. Last season I started the season outside of the rankings and didn’t get on there until the midterms – so that’s where I’m starting from again and I’m going to work as hard as I can to put myself, and the team over the top this season.”

As for Richmond, who enters his sixth season at the Steelheads’ helm, Hardie’s drive and determination are more than welcome as the franchise tries to reel in its first-ever OHL Championship.

“He’s done looking behind. We’re going to move forward and we’ll do whatever he wants to do in his development. His dream is to be a pro hockey player and we want to help him get there.”