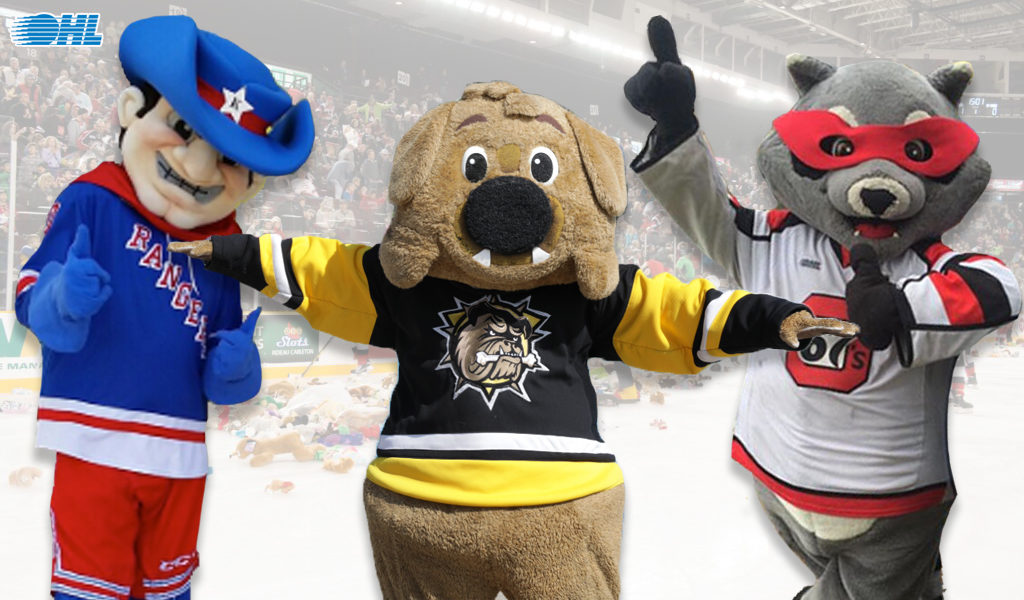 As teams roll out their 2019-20 promotional calendars there’s always some cool new looks across the league – catchy theme nights capturing the spirit of your favourite television show or an age-old team tradition circled on the schedule for another season.

We take a look at a few of those fan favourites across the league – some old and some new.

The Hamilton Bulldogs take fans into the Upside Down on Saturday October 26th as they celebrate Halloween with their first-ever Stranger Things game. They’ll have 80’s tunes, special prizes and specialty food and invite fans to wear their Halloween costumes to a chance to win in-game prizes. The Dogs will be taking on the Oshawa Generals at 4:00pm.

That’s right, Britney Spears Appreciation Night! Take a trip back to the turn of the millennium as the 67’s celebrate Britney’s 38th birthday in fine style on Sunday December 1st against the North Bay Battalion. The Barber Poles will have special Britney music, cake, trivia and more in a game that’s sure to be a hit for both the guys and the gals.

In case you needed any more reason to get hyped for the new season, we put together 5️⃣ for you!
🗞https://t.co/Fb4l1WltRg

Just 40 days away from our Home Opener and single game tickets are now on sale! Brace yourself; hockey season is coming! 🏒#NoQuit pic.twitter.com/E2URmRpKFn

The Niagara IceDogs have become known for their many theme jerseys, never missing out on an opportunity to celebrate a special occasion. Teddy Bear Toss brings out the ugly Christmas sweaters both on and off the ice as the IceDogs suit up in their worst looking Christmas threads to take on the Sarnia Sting on Saturday December 7th.

Some old, some new. Which promo game are you looking forward to?

It was a hit last year and the 67’s are doing it again. Dunder Mifflin Night in the nation’s capital drops Friday January 10th in an OHL Championship Series rematch with the Guelph Storm. The second annual Dunder Mifflin Night brings out ‘The Office’ theme at Landsdowne Park on everything from the food on the menu to the music being played between stoppages.

A classic Rangers initiative for a great cause in honour of a great man. The 24th Annual Don Cameron Potato Night is set for Friday January 24th against the Sarnia Sting. The annual event dates back to 1996-97 when late Rangers play-by-play voice Don Cameron spearheaded the initiative of fans bringing spuds to the The Aud to provide meals and support families in need in Waterloo Region. Last season, Rangers fans donated just under 30,000Ibs. of potatoes and gave $6,456 in monetary donations. In 23 seasons, fans have raised more than the equivalent of half a million pounds of potatoes for families in need.

🗓️ Traditions you don’t want to miss this season:

A franchise with a storied past, the Oshawa Generals have done an excellent job of putting it out on display in recent years. On Saturday January 25th the Gennies will celebrate the 30th anniversary of their 1990 Memorial Cup Championship team. Expect to see past players in the building as the Generals celebrate an unforgettable championship that ended on Bill Armstrong’s double-overtime winner over the Kitchener Rangers in Hamilton, Ont.

The Mississauga Steelheads host their inaugural Superhero Night at the Paramount Fine Foods Centre on Sunday January 26th, capping an eventful weekend across the league. Fans are encouraged to dress up as their favourite superhero as the Trout try and get past the Kitchener Rangers.

The Bulldogs host another fun-filled theme night on Friday January 31st, taking on the Ottawa 67’s on Harry Potter Night. Whether you’re a muggle, house elf, witch or wizard, all are welcome at Harry Potter Night. Fans can bring their robes and wands to watch some hockey and brush up on their broomstick riding for an intermission quidditch spectacular.