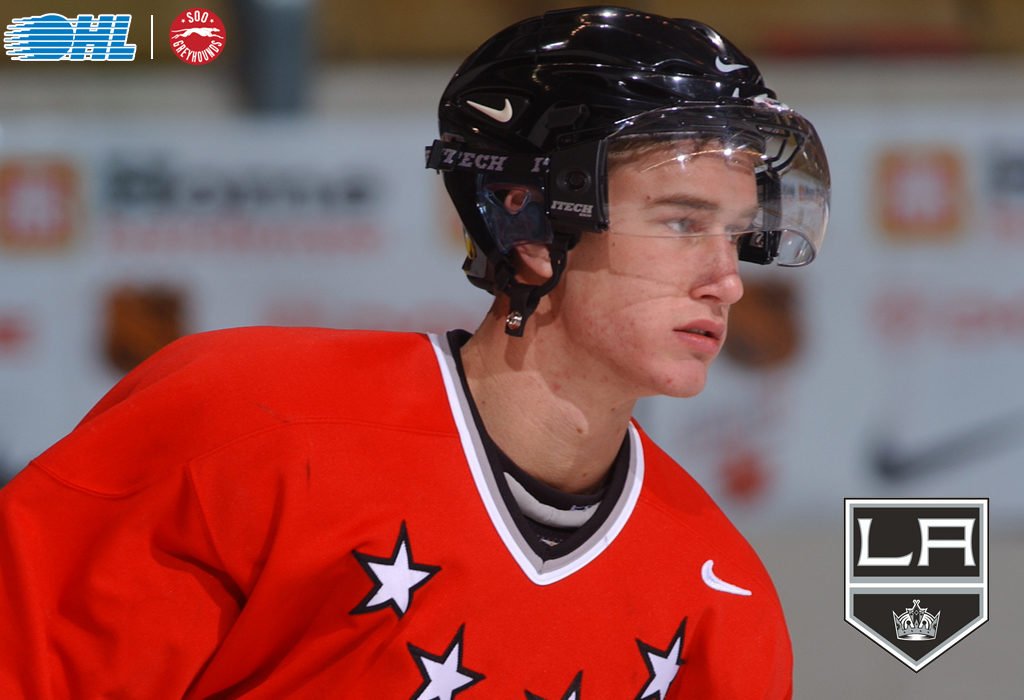 Jeff Carter had more than one reason to celebrate on Saturday. The former Soo Greyhound and current L.A. Kings centreman became the 341st player to suit up for his 1000th NHL game and scored the game-winning goal in a 4-3 victory over the Vegas Golden Knights.

The London, Ont. native spent four seasons with the Greyhounds, appearing in 236 games and amassing 246 points (123-123-246). After an impressive 71 point (35-36-71) total in his second year with the Greyhounds, Carter was drafted by the Philadelphia Flyers 11th overall in the 2003 NHL Draft. Following his third OHL season, he joined the AHL’s Philadelphia Phantoms in the playoffs, five points (4-1–5) over 12 contests. Returning for a fourth OHL season in 2004-2005, Carter put up a major junior career-high 74 points (34-40-74) and was awarded both William Hanley Trophy and CHL Sportsman of the Year honours. He joined the AHL Phantoms for the playoffs once again, this time registering an impressive 23 points (12-11–23) over 21 games to guide Philadelphia to a Calder Cup title.

In February of 2012, Carter was traded to the Los Angeles Kings, and in June, would go on to score the winning goal against the New Jersey Devils to help the Kings win the Stanley Cup. In 2014, upon winning a second Stanley Cup with the Kings, he and teammate Drew Doughty became the seventh and eighth players to win a Stanley Cup and Olympic Gold Medal in the same year. Carter has played 501 games as a member of the Kings.