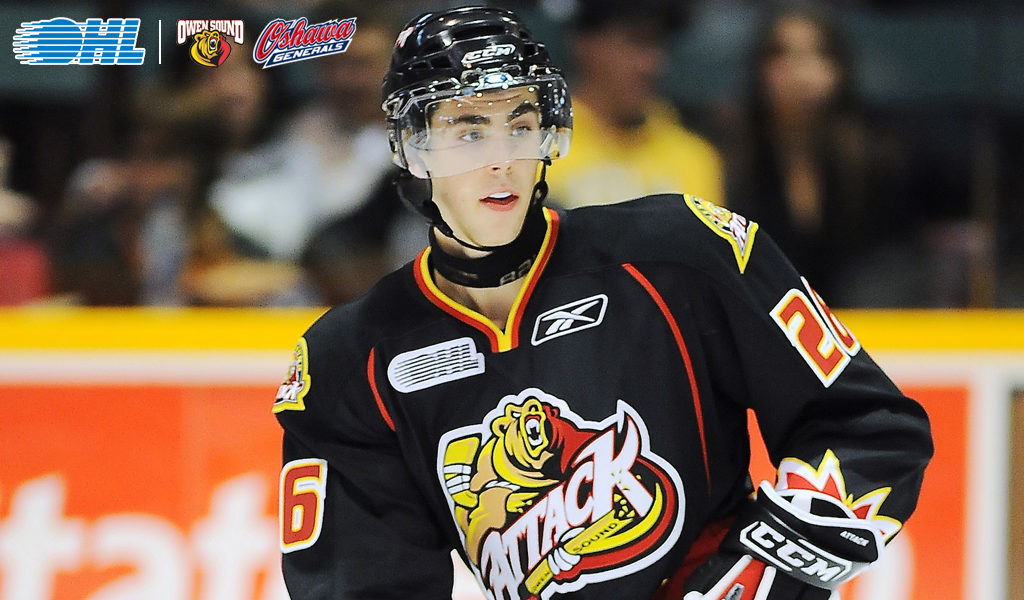 The Owen Sound Attack are pleased to announce that former Attack defenceman, Geoffrey Schemitsch, has joined one of the premier orthopedic surgery programs in North America.  Geoffrey is preparing for a career in orthopedic surgery at the University Health Networks at the University of Toronto.  His accomplishments demonstrate the very best of the OHL’s “student-athlete” model.

Geoff was signed as a free agent by the Attack in 2009 and was a brilliant addition and fan-favourite.  He played a total of 154 games in Owen Sound, scoring six goals and assisting on 76 others.  He was a leader on and off the ice and played a major role in Owen Sound’s OHL championship in 2011.  He was a fourth-round pick in the NHL’s 2010 draft, selected 96th overall by the Tampa Bay Lightning and finished his distinguished OHL career in Oshawa with 251 games played.  Geoff is the older brother of another former Attack standout defenseman, Thomas Schemitsch.

In 2013, Geoffrey used his OHL scholarship to enroll in Acadia University’s Bachelor of Kinesiology program.  He was a stand-out for Acadia’s Axemen’s hockey program where he played 111 games over four seasons.  After the 2015-16 season, Geoff was honoured as a “Top Eight Academic All-Canadian”, an award presented each year to just four female and four male athletes from across all Canadian university athletic programs.  It recognizes outstanding achievement in academics and athletics.

Geoffrey entered medical school in Toronto after graduation from Acadia and graduated with his MD in 2022.  He was accepted into the University of Toronto Orthopedic Residency program this spring.

The Attack want to congratulate Geoffrey and wish him all the best in his surgical career.