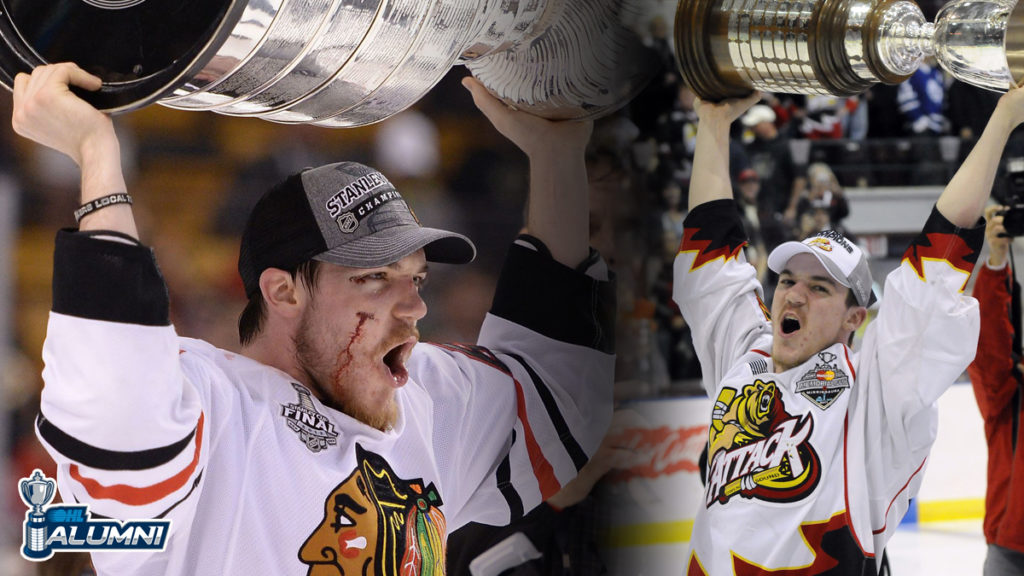 Known throughout the game as a tireless worker and fierce competitor, Chicago Blackhawks forward and former OHL champion Andrew Shaw announced his retirement on Monday at the age of 29.

Shaw, from Belleville, Ont., suffered a concussion on February 9th and was advised by physicians to prioritize his long-term health. As a result, the gritty winger will hang up the skates following a 10-year NHL career that spanned 544 regular season games between Chicago and Montreal.

“I am extremely proud of what I accomplished in my career, and I want to make it clear; I would not change anything about it,” said Shaw in a statement. “I won two Stanley Cups, made lifelong friends — and some enemies, too — and will cherish those memories for the rest of my life.”

Truly one of a kind.

Thank you for your relentlessness, your laughs, your grit, your chirps, your energy, and your joy for the game.

Shaw wasn’t drafted until his 19-year-old season, impressing the Blackhawks who made him a fifth round pick after a 17-point playoff run with the Owen Sound Attack to help them hoist the Robertson Cup Trophy as OHL champions in 2011. He’d go on to earn the Ed Chynoweth Award as leading scorer of the Memorial Cup with seven points (2-5–7) in four games as the Attack lost a tie-breaker matchup to the Kootenay Ice.

Prior to his time in Owen Sound, Shaw played with the Niagara IceDogs over two seasons from 2008-10. He’s another OHL late round OHL Priority Selection success story, translating his 11th round status into a lengthy NHL career through hard work and determination.

“No two moments sum up Andrew Shaw more than his famous ‘headbutt no-goal’ and his game-winning goal in Game 1 of the Stanley Cup Final in 2013 that ricocheted off his shinpads,” said Blackhawks general manager Stan Bowman. “Throughout his 10-year career with the Chicago Blackhawks and Montreal Canadiens, Andrew was always willing to lay his body on the line and put his teammates before himself. He epitomized energy, determination, grit, and toughness and was a player his teammates loved to play with, but his opponents hated to play against.”

A graduate of the Quinte Red Devils AAA hockey program, Shaw will now have more time to spend with his wife, Chaunette and kids, Andy and Dax.

“Thank you for giving a Mutt a home.”