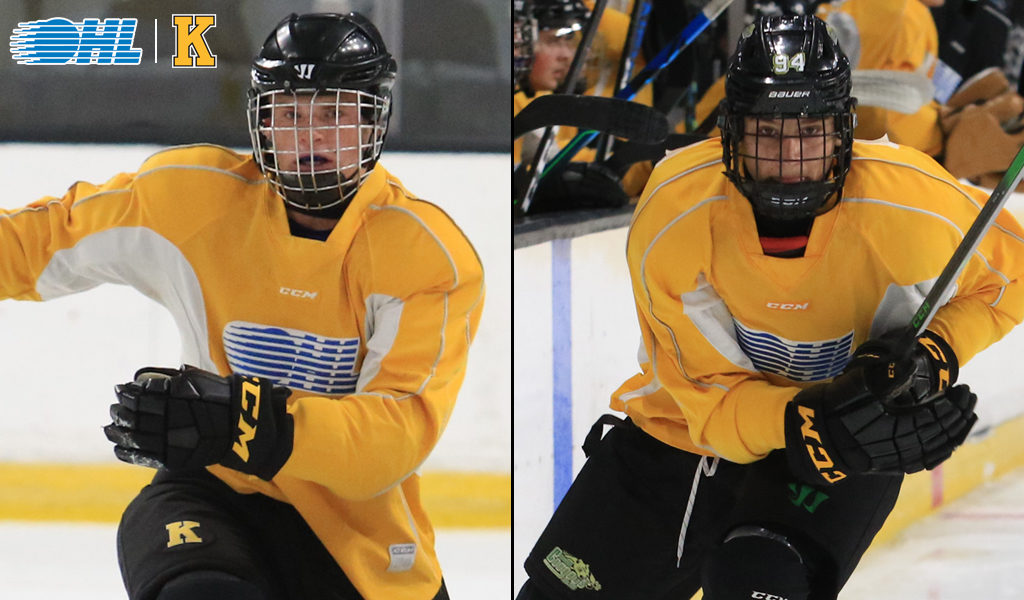 Kingston, ON – Kingston Frontenacs General Manager Kory Cooper announced today that the Hockey Club has signed a pair of forwards in Jackson Stewart and Gage Heyes.

“Jackson (Stewart) and Gage (Heyes) are two players that impressed our hockey operations staff during training camp,” said Kory Cooper. “Both players will fill a role for our program. Each individual has a strong work ethic and they are both ready to compete. We look forward to working with them as they continue to develop.”

Stewart, a 2004-born player from Norwood, Ontario, was selected in the fourth round (Pick #64) of the 2020 OHL Priority Selection. The 5’11”, 192-pounder is a power-forward that isn’t afraid to use his size and he plays with a chip on his shoulder. He has the ability to contribute on both ends of the ice for the Frontenacs. Jackson is the son of former Kingston Frontenacs defenceman and team captain Dave Stewart (1989-1992).

Heyes, also a 2004-born player, was selected by the Frontenacs in the fifth round (Pick #85) of the 2020 OHL Priority Selection. Gage is a hard-working forward that does all the little things to help his team win.

Stewart and Heyes will look to continue to impress the coaching staff during the Frontenacs pre-season games. The first pre-season game is in Peterborough on Thursday, September 16th against the Petes.