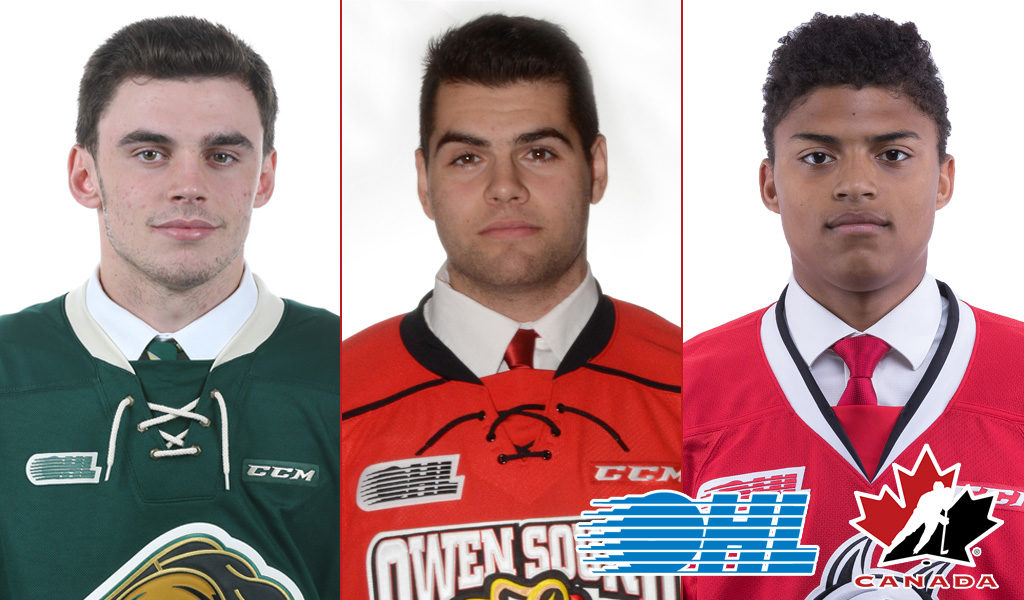 Foudy, a 2018 first-round NHL draft pick of the Columbus Blue Jackets, played for Canada’s National Men’s Under-18 Team at the 2018 IIHF U18 World Championship. He also represented Team Canada White at the 2016 World Under-17 Hockey Challenge.

Phillips, a 2017 fourth-round NHL draft pick of the Los Angeles Kings, captained Canada’s National Men’s Summer Under-18 Team at the 2016 Ivan Hlinka Memorial Cup. He also represented Canada at the 2016 IIHF U18 World Championship, and captained Team Canada Red at the 2015 World Under-17 Hockey Challenge.

The Sport Chek World Junior Showcase is an eight-day tournament featuring Canada, Finland, Sweden, and the United States, who will play 11 games at the Sandman Centre. Canada will dress two squads for games against a split Team USA on July 31, before combining again as Team Canada to play Finland on Aug. 2, Sweden on Aug. 3, and close the mini-tournament against the United States on Aug. 4.

Ticket packages that include all Showcase games are available online at HockeyCanada.ca/Tickets and at the Sandman Centre box office for as low as $99 plus fees.

For more information on Hockey Canada, Canada’s National Junior Team, and the 2019 IIHF World Junior Championship, please visit HockeyCanada.ca, or follow through social media on Facebook, and Twitter or Twitter/HC_Men.