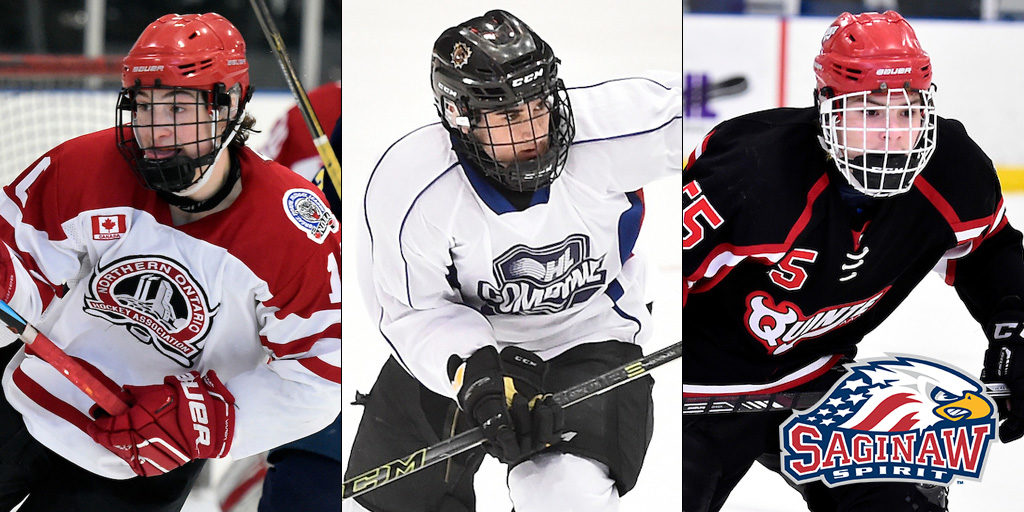 “As an organization, we are pleased these four players have committed to be a part of the Saginaw Spirit family. By signing Camaryn, Ben, Nate, and Ryan, we continue to build our team with homegrown talent. Each one of these four players brings a different element that we feel will help our team be successful.”

Baber, 16, was the Spirit’s fifth pick in the 2017 OHL Priority Selection taken in the third round, 57th overall. He was the Northern Ontario Hockey Association’s Player of the Year during the 2016-17 season scoring 62 points in 32 games for the Soo Greyhounds Midget AAA program.

Badalamenti, 17, was invited to training camp as a free agent and showed very well during the week. The Harrison Township, Michigan native spent last season with Detroit Honeybaked Under-16 team, scoring 67 points in 70 games including tournament play.

Boomhower, 17, was the Spirit’s first ever pick in the new Under-18 Priority Selection Draft. Last season with the Quinte Red Devils Major Midget, Boomhower scored 50 points in 38 games and led the ETA in penalty minutes with 107. Nate’s older brother Shaw is a member of the Mississauga Steelheads.

Stepien, 15, was a 2017 third round pick, 41st overall by the Spirit out of the Hamilton Bulldogs Minor Midget program. Stepien registered 65 points in 55 games including tournament play during the 2016-17 season, and led the SCTA in goals during regular season play with 27.

All four players will play this weekend when the Spirit and Soo Greyhounds meet up for a preseason home-and-home series. The Spirit will host the Greyhounds on Saturday night at 7:05 p.m. and travel to the Soo on Sunday. 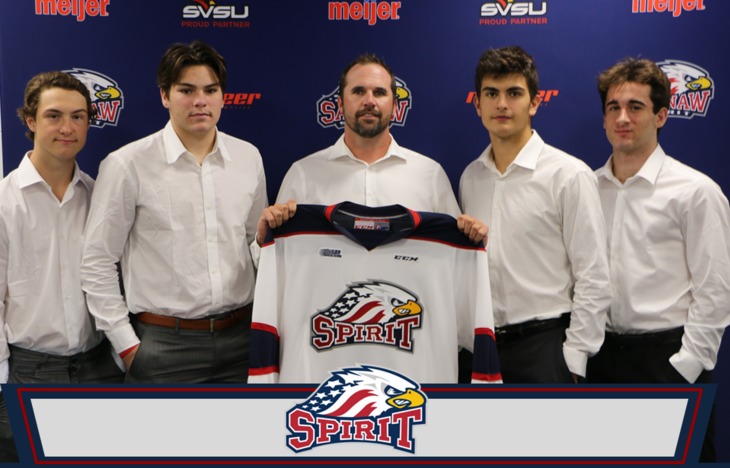