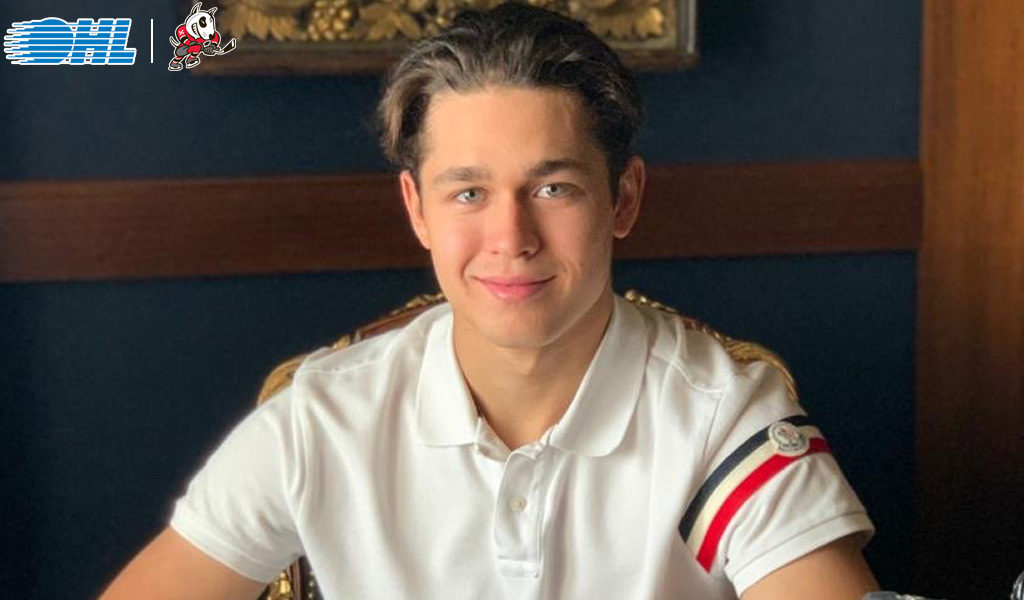 The 5’8″, 165lb  right winger played the past two seasons with the United States Hockey League’s (USHL) Muskegon Lumberjacks. In the 2018-19 season, he scored 16 goals and collected 20 assists in 51 games. This past season, he was over a point-per-game player, scoring 22 goals and collecting 25 assists in 42 games.

Gushchin has been characterized as a terrific scorer who’s able to get quickly get to dangerous offensive areas on the ice. He see the ice well, and uses his quick release to his advantage.

In his first year of National Hockey League (NHL) eligibility, Gushchin has been ranked 41st amongst all North American skaters.

“This is an extremely exciting day for our organization” said General Manager Burke. “Danil is the type of player who immediately makes your team better. I couldn’t be more excited to officially add him to Niagara”.

“We were in a position to be able to draft a talent like Danil, and to get this commitment speaks volumes about where our program currently is, and how serious we are about where we want to be in the near future” Burke continued. “Danil brings an extremely dynamic game and does everything at an elite level. He is one of the most pure skilled 2002’s on the planet. He possesses a great finishing touch, excellent vision and feet, and a complete game away from the puck. He checks every box for our playing style and there is no doubt in my mind he will fit perfectly here”.

“Danil was my favourite player at last year’s u17’s and to be able to call him an IceDog officially is something I am very excited about. I know our great fans will be as well!”

“I’m extremely pleased to have been selected by Niagara and to commit to the IceDogs.” Said Gushchin. “This is an excellent organization, and I look forward to getting to know my teammates and putting some wins on the board. I can’t wait to get started!”