From 5 to 50: Yantsis making the most of his second chance 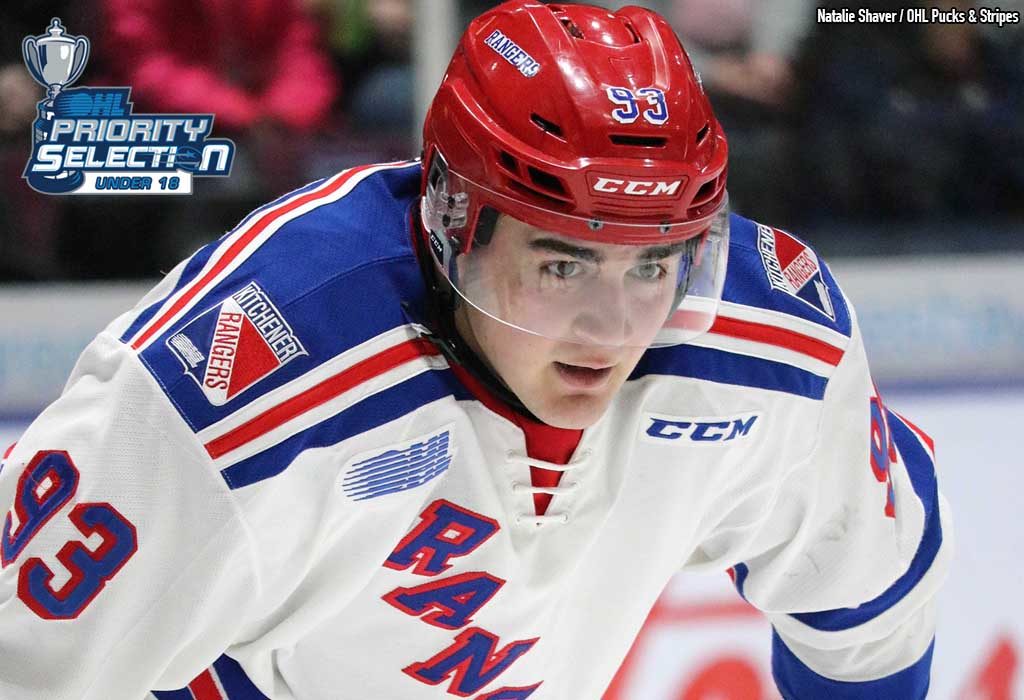 From undrafted free agent addition to 50-goal scorer, all in a span of three seasons.

After scoring five goals as a sophomore in 2017-18, Jonathan Yantsis returned to Kitchener for his third OHL season and showed early signs of dominance, scoring four times over his first three games. The 6-foot-3, 210Ib winger dominated the net-front, cleaning up the ‘garbage’ while helping the Rangers put together the OHL’s top-ranked power play in 2018-19.

Milestone moment: Jonathan Yantsis scores four goals to reach 50. “For a guy to go from five goals last year to 50, you don’t do it without a lot of hard work.” Just as impressive is what he did on his day off before the game. https://t.co/8HzH6vURuX #ohl

When all was said and done, Yantsis was the Rangers’ first 50-goal scorer since fellow Markham, Ont. native Jeff Skinner hit the half century mark in 2009-10. He also led the league with 24 power play goals, the most by a Ranger since Nick Spaling back in 2007-08. His 45-goal ascent even surpasses one of the more impressive leaps in recent OHL history when Owen Sound’s Mike Angelidis jumped from nine goals in 2004-05 to 53 in 2005-06.

“We had a lot of fun this year,” reflected Yantsis after Kitchener’s first round exit at the hands of the Guelph Storm. “At the start of the season everyone was wondering where our scoring would come from, but we knew in the room what kind of players we have and we all know how skilled we are. A lot of guys made the most of increased opportunities and we scored a lot of goals.”

Yantsis’ leap from five goals to 50 was mirrored by offensive increases made by teammates Greg Meireles (30 pts. to 97 pts.), Riley Damiani (37 pts. to 85 pts.) and Rickard Hugg (32 pts. to 73 pts) as the Rangers discovered a brand new cast of primary producers.

Drawing comparisons to big Philadelphia Flyers winger James Van Riemsdyk from Rangers head coach Jay McKee, Yantsis is the latest undrafted talent to do big things in the OHL. Former Erie Otters winger Alex DeBrincat, who played for McKee while he was an assistant with the Otters, put up three consecutive 50-goal seasons and has translated that success into a 40-goal campaign with the NHL’s Chicago Blackhawks.

While Yantsis joined the Rangers prior to the advent of the OHL Under-18 Priority Selection that is set for Wednesday night live at ontariohockeyleague.com, he serves as a great example to players looking for a second chance.

“These stories are really inspirational, especially for those kids that have been passed over,” said McKee of DeBrincat and Yantsis. “You have to have that burning passion for what your desire is and what your goals are and if you continue to work hard over-and-over-and-over at it, the sky’s the limit and I truly believe that.

“The Under-18 Draft is all about second chances and we’ve already seen guys come through it that have made an impact on our league.”

Looking back on his upward development trajectory, Yantsis credits a year of Midget AAA hockey with the Markham Waxers for helping him take the next step in his career. After being passed over in the 2015 OHL Priority Selection, he immediately set his sights on the way forward.

“If you play Junior A as a 16-year-old you’re more than likely going to step in as a rookie and you’re going to have to play behind the older guys,” he said. “In Midget AAA I was able to play everywhere and in every situation, get a lot of minutes and develop my game as a whole. Playing on the power play, penalty kill and late in games gave me opportunities that I don’t think I would’ve gotten playing junior during that season.”

After two seasons in a bottom-six role behind the likes of Adam Mascherin and Connor Bunnaman on the Rangers’ depth chart, Yantsis put in the extra work necessary to become a go-to guy for the Blue Shirts.

“Some guys grab the bull by the horns and take charge of the situation, and Jonathan did that this season,” noted McKee. “While other guys would take a day off, he voluntarily came on the ice as a shooter during ice time for our goaltenders and put in extra work on his release. It’s small things like that, fine-tuning his game and putting the extra effort in that helped him take his game to another level.”

He hits the 5️⃣0️⃣🚨 milestone in dramatic fashion with a 🎩🎩🎩 plus ☝️ for his first career 4️⃣ goal #OHL performance for @OHLRangers. pic.twitter.com/JdyVgVc8lB

While he remains without an NHL contract and is a likely candidate for an overage season in Kitchener, McKee is eager to see what gains Yantsis can make this coming offseason after being voted the Western Conference’s most improved player in March’s OHL Coaches Poll.

“Jonathan had a great year production-wise, but one of the best things about him is that he’s very smart and he can tell you what areas of his game he needs to improve. Some of those things are control with the puck, not just being a shooter and continuing to work on his foot speed.

“To be totally honest,” McKee continued, “he managed to go from five goals to 50 and I truly don’t know if we’ve seen him put in his best summer yet. I’m really hoping that this year has inspired him to put in that summer where he’s going to train like a pro and continue to have that burning desire to get where he wants to be.

“He’s come a long way and I’m really looking forward to seeing what the future holds for him.” 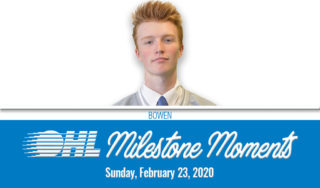 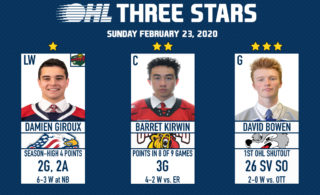