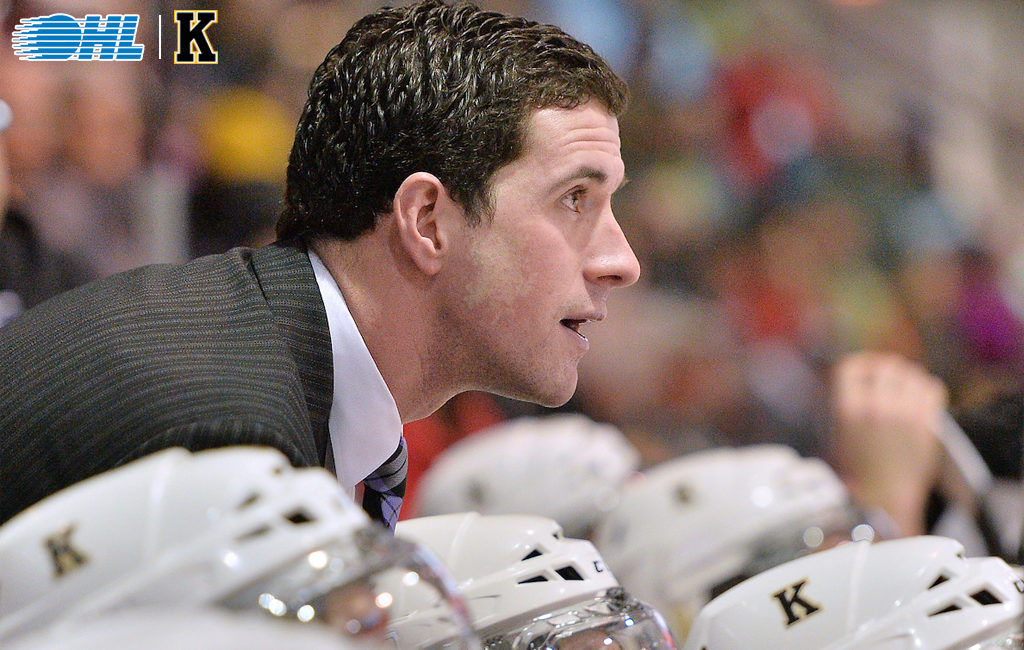 KINGSTON, ON – The Kingston Frontenacs are pleased to announce that Paul McFarland will be the ninth general manager in franchise history. Paul will now accept the role of general manager and head coach for the hockey club as the team is entrusting him with charting the direction of the franchise.

Paul, who will turn 35 in December, is the first general manager/head coach combination for the Kingston Frontenacs since Larry Mavety held both titles in the early 2000’s.

The Frontenacs began the process of searching for a new general manager on July 23, 2020, when it was announced that the club would not be offering a new contract to previous general manager, Darren Keily. After four weeks of interviewing top candidates for the vacant GM role, Paul emerged as the clear favourite to lead the organization.

“After a thorough interview process, the Kingston Frontenacs organization couldn’t be more excited to have Paul as our new leader on and off the ice,” President and Governor Doug Springer said. “Although the general manager position was not discussed prior, once Paul arrived back in Kingston we began discussing what his vision was for the team. His expectations for our hockey club were impressive to say the least. He checked all the boxes we were looking for in our next leader. It was then determined that Paul should be the general manager of our franchise.”

McFarland was named the head coach of the Kingston Frontenacs on May 8, 2020. Fast forward three months and he is now tasked with the role of guiding the team in all aspects.

“It is an exciting opportunity and I am extremely grateful to Mr. Springer and his entire family for allowing me to have both of these titles,” said Paul McFarland. “This is something I will not take lightly and I am really excited to start working with our staff and players.”

McFarland, who spent the past three seasons coaching in the NHL; two with the Florida Panthers and the past season with the Toronto Maple Leafs, brings a wealth of experience to the Kingston Frontenacs.

“Our team has a high expectation for ourselves, where we want to go and what we want to accomplish” replied Paul McFarland when asked about what his expectations are as a general manager. “Everything will start through the draft and the talent will set the floor for our organization. We believe that culture and our development process will set the ceiling for our group.”

Paul knows that to win in the Ontario Hockey League it takes an entire team’s effort. “It’s going to be about we, us and our. We will always be trying to improve together.”

“I am thankful for my wife, Kelly and my two children for all of their support,” said Paul. “It’s not always easy supporting the life of a coach and they have been with me every step of the way. We are all thrilled to be back in the city of Kingston.”

OHL Mourns the Loss of Bob Nevin
7 hours ago