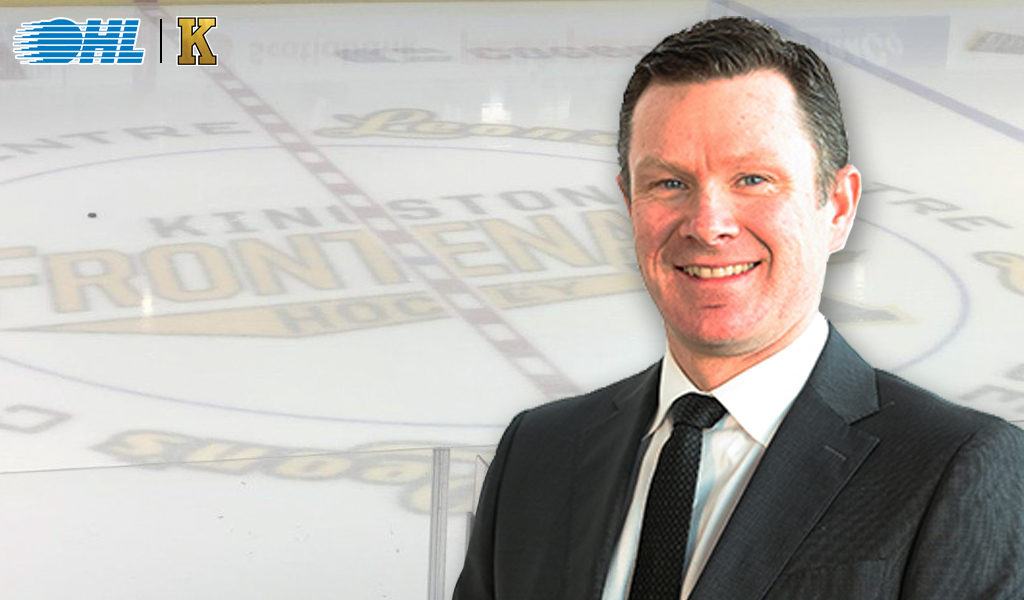 Kory Cooper has been on the job as Kingston Frontenacs general manager for a little more than a year now.

After an extensive run as a goaltending coach, including three seasons with the AHL’s Belleville Senators as well as prior stops in the ECHL, OHL and OJHL, Cooper joined the Fronts in 2020 as assistant general manager where he also continued to work with the team’s goalies. A season later, he made the leap to general manager for the first time in his career.

In his first season at the helm, he orchestrated a Fronts team that won 41 games, the fifth most in the OHL, and reached the second round of the playoffs.

With the 2022-23 campaign rapidly approaching, Cooper spoke about his experience on the job thus far, what makes Wright such a special talent and the expectations this year as the team celebrates its 50th anniversary.

What’s the first year on the job as Kingston’s general manager been like?

It’s been fun and exciting at the same time. We had a pretty good team that did well overall in the regular season but obviously [we] wanted to go deeper in the playoffs. I’ve enjoyed the experiences. There’s lots of learning and growth for me on the management side of it and dealing with and working with a lot of good people in the organization. I’m looking forward to seeing what the future brings in Kingston.

There’s a lot more strenuous involvement on the management side of it. You spend a lot more time on the phone, dealing with stuff on a daily basis, and you always seem to be wanted. You’re much busier in this role than people anticipate. Not that you’re not busy in coaching, you certainly are, but you know your tasks in coaching and what you need to get done to be prepared. But in management things come up throughout the course of a day at any given time so you are basically on call 24/7.

What makes Shane Wright such a special player?

High hockey sense. He’s extremely smart and does things the right way on both sides of the puck. He’s a great person to be honest. When you get to know him, and you’re in and around Shane all the time, you can tell how well he’s been raised and the type of character and person that he is. But when it comes to on-ice performance, he’s got high hockey IQ and plays the game the right way.

When you remove any disappointment he may have had after he was not selected first overall in the 2022 NHL Draft, how great of a fit is Seattle for him?

I’ve told people this but if you could peg him into any spot, for him, regardless of where he went in the draft, I think that is the ideal spot. It’s a chance for a young player with a high skillset and great personality to really grow with that organization. I feel that Seattle is an ideal situation.

How is Kingston’s preparation for next year affected by what Seattle does with Wright whether it’s him staying there all season, playing his nine games, or being returned after NHL training camp?

We have to be prepared both ways that Shane may be gone and has moved on from Kingston and gradated to the NHL or there’s an opportunity where it’s up to Seattle and what they want to do with him. We’d love to have him in Kingston but we want what’s best for every player, Shane included. At the end of the day, we’ll prepare for both scenarios whether Shane is back in Kingston or he’s graduated and moved onto Seattle.

Lucas Edmonds and Paul Ludwinski were also selected in the 2022 NHL Draft. Currently, the Frontenacs have 11 drafted NHL prospects on the team. What does that say about Kingston’s ability to develop high-end talent?

It’s exciting but that’s what we’re here for. We want to win first and foremost but we strongly believe in our development role as well for all of our players. We want to win and be successful but we want to see guys move on to great careers whether it’s professionally in hockey or onto great careers outside of hockey. At the end of the day we want to develop young hockey players and young men and we pride ourselves in having that many guys go through the system and become successful and that’s a big part as to why our staff is in this. We want to graduate not only players but coaches and support staff as well.

What are the expectations for this year?

It’s really about maintaining high expectations. If we’re developing players, we want new guys to step into those roles that players have graduated and moved on from. We want to be competitive every year. That’s not to say we’re going to win an OHL title every season but we certainly want to be able to perform at a high level and be in the mix all the time. We don’t want to come off of that standard, that’s an expectation, and winning matters to us. We want to continue that trend.

How special will this season be for the Fronts as they celebrate 50 years?

It’s exciting. Our business staff have a lot planned on that side of it so it’s going to be an exciting time to be a fan in Kingston and see some of the events that they have going on. But it’s exciting for all of our players to be part of that as well. There’s a lot of history, a lot of great players have come through the organization, and we want to follow that and understand historically some of the great players and teams this franchise has had along the way.