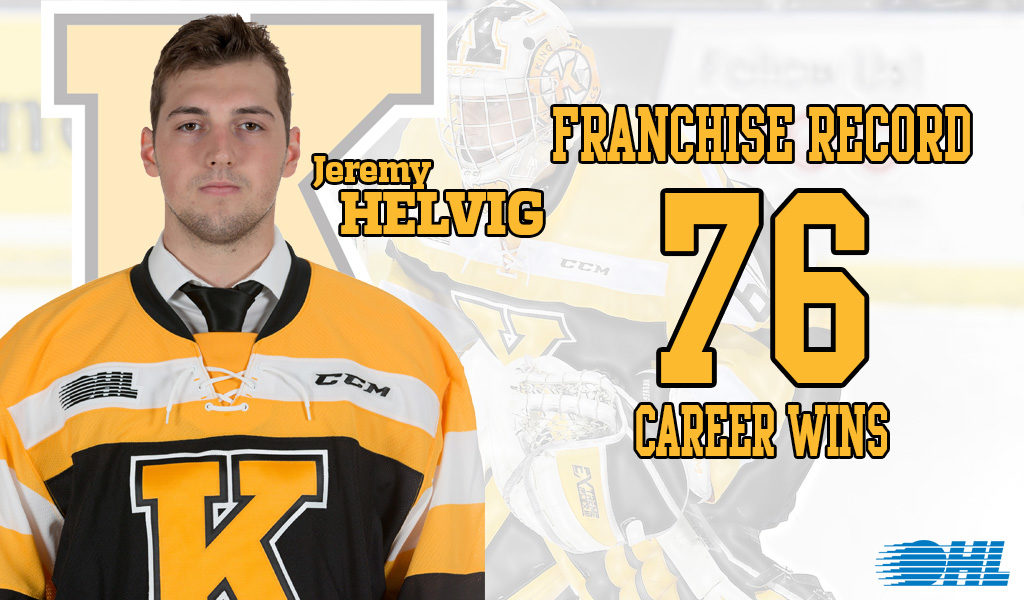 The Carolina Hurricanes prospect turned in a 29-save, first star performance on Sunday to help the Fronts fly past the visiting Kitchener Rangers 6-1 to pull within six points of first place in the East Division.

Helvig’s 76th career regular season win puts him ahead of Chris Clifford who played with the Kingston Canadians from 1983-87 for first on the franchise’s all-time career wins list.

Now in his fourth season with the Frontenacs, Helvig has played to an overall record of 76-46-11-7 with a 2.72 goals-against average, a .911 save percentage and a franchise-leading 10 shutouts over 147 career regular season games.

Helvig was Carolina’s fifth round (134th overall) pick in the 2016 NHL Draft.