Frontenacs’ King commits to Waterloo for 2020-21 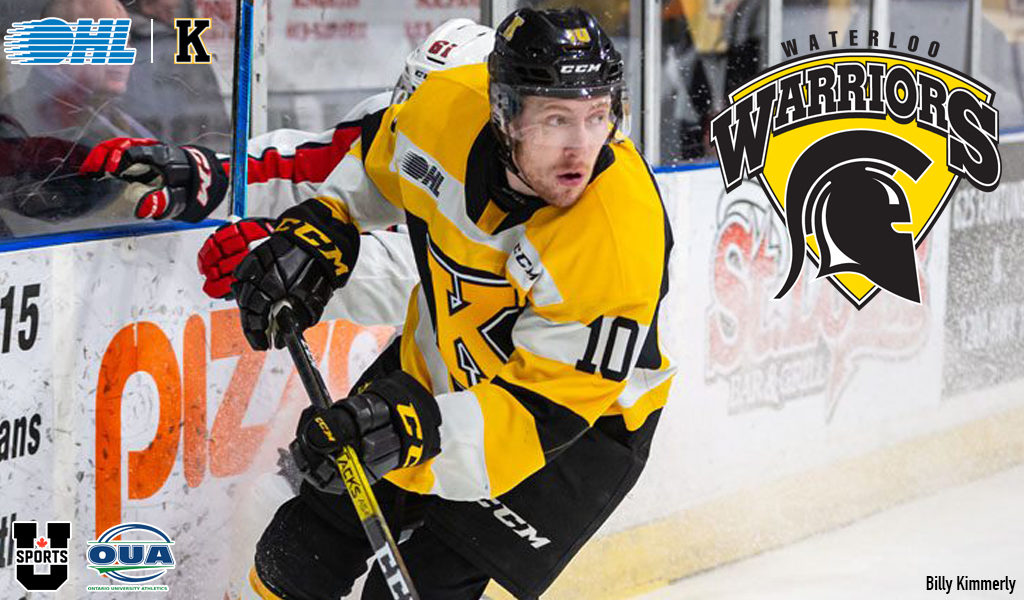 From University of Waterloo Athletics

For their first hand in the high-stakes recruitment game, the Waterloo Warriors have drawn themselves a King.

Kingston Frontenacs defenceman and Waterloo native Nick King has committed to the Warriors men’s hockey program, beginning in the 2020-21 season. And, after four years of playing major Junior hockey across the province, King said the decision to come home and join the Warriors wasn’t a particularly difficult one.

“What was appealing about the hockey program at Waterloo was the fact that it was so close to home,” said King in an interview with 519 Sports Online. “The math department is top notch, and I’ve only heard good things about (the hockey program) from players like Julian Sime (North Bay Battalion), who I played with in North Bay. So it made it a real easy choice for me.”

The 6-foot-1 blueliner is a four-year OHL veteran with a high offensive upside – King has 8 goals and 20 assists for 28 points in 54 games this season, split between Kingston and the North Bay Battalion. King registered a career-high 40 points last year, and amassed 19 goals and 70 assists for 89 points in 217 career major junior games.

“He skates well, and he’s got offensive ability,” said Warriors head coach Brian Bourque. “He’s in that 30 to 40-point range as a defenceman, and we haven’t had one of those in a while.”

King began his OHL career with the Owen Sound Attack in 2016, before spending parts of three seasons with North Bay. Early this season, the Frontenacs acquired King to help provide some firepower on the back end, as well as some leadership to a young Kingston team. In addition to the impact King will make on Waterloo’s blue line, the bench boss knows that he’ll play just as big a role off the ice.

“He does everything well,” said Bourque. “He’s a real strong student, a great teammate, and has a real good work ethic.”

With his hockey future decided, King will continue to focus on the task at hand in Kingston – his Frontenacs are currently in a battle for a playoff spot in the OHL’s eastern conference. King will officially join the Warriors in September for training camp, before the puck drops on the regular season in early October.