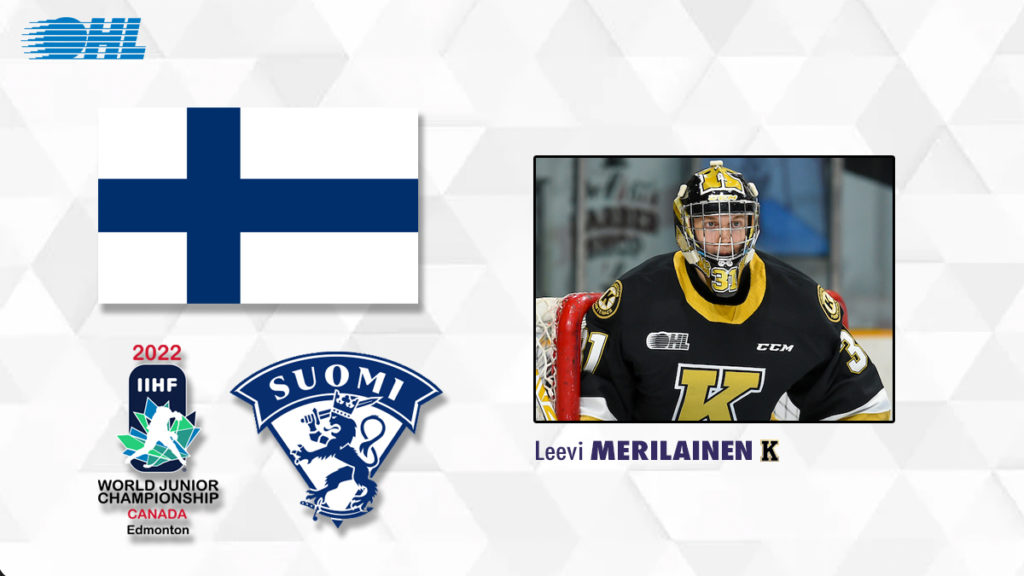 After a heavy workload with the Kingston Frontenacs in 2021-22, Leevi Merilainen has set his sights on the 2022 World Juniors as he represents his native Finland beginning Tuesday in Edmonton, Alta.

The 6-foot-2 netminder appeared in 53 games for Kingston last season, going 31-16-4-1 with a 3.29 goals-against average and .891 save percentage in his first OHL season. He helped the Fronts reach the second round of the OHL Playoffs before falling to the North Bay Battalion in five games.

The native of Oulu, Finland was selected by the Ottawa Senators in the third round (71st overall) of the 2020 NHL Draft and signed an entry level deal with the Sens on June 14, 2021. Merilainen has signed to play with Karpat of the Finnish Elite League this coming season.

Finland last won gold in 2019, backstopped by goaltender Ukko-Pekka Luukkonen of the Sudbury Wolves at the tournament in Vancouver, BC. They were bronze medalists at the 2021 tournament in Edmonton.

Finland takes on Latvia in its tournament-opener on Tuesday.